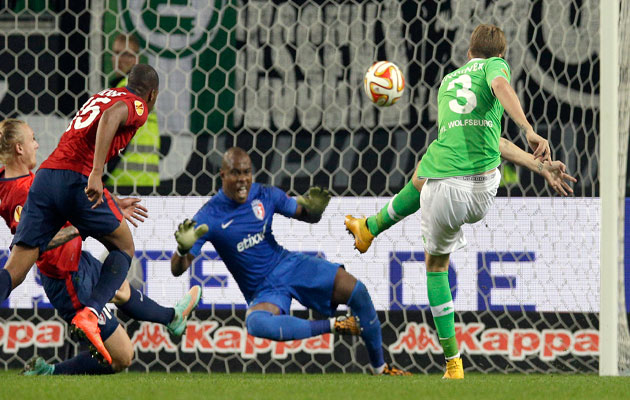 Nicklas Bendtner has been told not to come in for training by his Bundesliga club Wolfsburg, who are now looking at ways of terminating the Dane’s contract.

The 28-year-old has been training on his own in recent weeks and has not been considered for selection by head coach Dieter Hecking since early February.

He still has over a year left to run on his contract, but talks are under way to terminate that agreement prematurely.

“The current situation is unsatisfactory for everybody and it cannot endure,” Wolfsburg’s director of sport Klaus Allofs said on his club’s website.

“For this reason, we sat down again on Wednesday and, together with his agent, we discussed solutions.”

“I think that there will be a decision soon.

“We have decided that he does not have to come in for now.

“The fact that he has been training on his own recently was not something we wanted to carry on.”

A final decision over the former Arsenal forward’s future expected to be made “imminently”.

Bendtner has scored two goals in 13 league appearances Wolfsburg this season, taking his overall tally to nine in 47 matches.

At the time of his signing for Wolfsburg, Allofs described him as “a striker at the best age, who already was able to gather a lot of international experience in his career, which did not always run in a straight line.”

He can’t say he wasn’t forewarned.