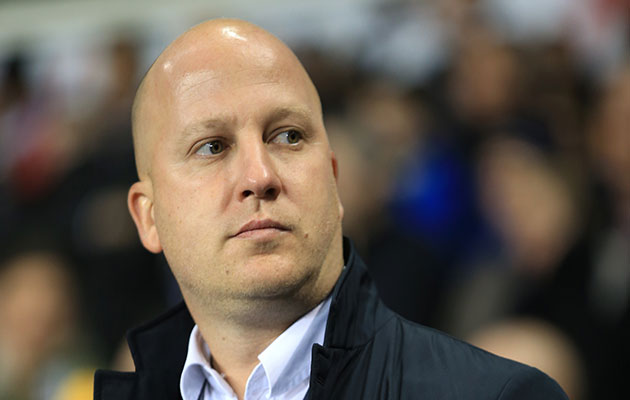 Marko Nikolic, the coach of Slovenian league leaders, Olimpija Ljubljana, has apologised for calling one of his own players a “black idiot”.

Olimpija were trailing 1-0 at home to Zavrc on Sunday when the Nigerian forward Blessing Eleke scored an injury-time equaliser via a deflected shot. Rather than grab the ball and race back to the halfway line for the restart as is customary in such situations, Eleke embarked upon a prolonged goal celebration which included him kneeling in front of the travelling supporters – much to Nikolic’s irritation.

The coach said he had “an emotional reaction” as Eleke’s celebrations meant his side had little time to find a winner.

“I never intended to offend the player racially or otherwise and I don’t want to be associated with intolerance, racism or discrimination of any kind,” Nikolic, 36, told the club’s website.

“I spoke to Eleke and he said he understood my reaction because emotional outbursts of this kind can happen. I apologise for my reaction generated solely by the rush to score the winning goal after getting a 92nd-minute equaliser and I thank the team for not judging my act as racist.“

Olimpija, who have never won a league title, are two points ahead of the champions, Maribor, with seven games remaining.

The Olimpija president, Milan Mandaric, the former Leicester City and Portsmouth owner, said that while he condemns the language used by Nikolic, he would not be sacking him.

“The club distances itself from all individual acts which contravene our philosophy and condemns such acts strongly,” said Mandaric.

“However, after careful consideration and talks with Nikolic and Eleke, we have come to the conclusion that the coach did not target the player’s race. It was an emotional reaction generated by an overwhelming desire to win the match.

“There is no excuse, but due to the circumstances, we have refrained from making a decision which would have affected the career of a young and talented coach who has a bright future.”