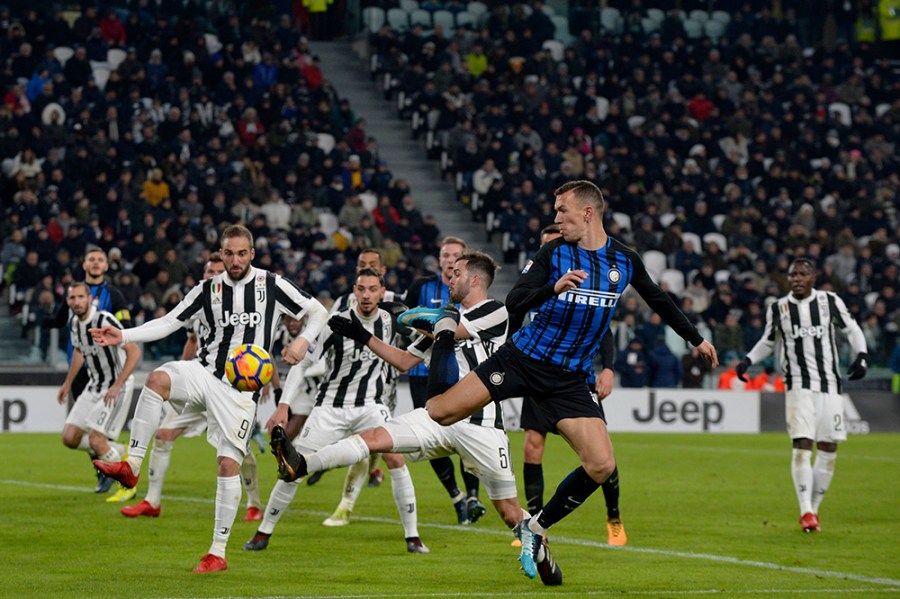 Perhaps it is just that time of year, caught halfway between the excitement of the seasonal kick-off and that all-decisive springtime moment when domestic league  and Champions League titles are decided. Or perhaps it was just the effect of the first truly wintery weekend in the Italian autumn.

Fact is we had an outbreak of zero intolerance in Serie A last weekend with the top four clubs all featuring in 0-0 draws that left the table unaltered, with Internazionale still one point clear of Napoli, two clear of Juventus and five clear of fourth-placed Roma. Students of the record books point out that it is 52 years since the top four in the land all failed to score on the same fixture day.

As of now, the Serie A contest looks tighter and more competitive than that of the last few, Juventus-dominated years. In reality, however, this too could be a year when the contest boils down to a two way-battle between Juve and Roma.   Remember that in three of the last four years, Juventus have finished first with Roma second.

What is sure is that last weekend, Roma, Juventus and Napoli looked to be feeling the effects of an autumn campaign when the Group phase of the Champions League takes an exacting toll, physically and mentally. Not for nothing, Inter, out of European competition this season, looked the freshest of the top four last weekend.

Highlight of the weekend, inevitably, was last Saturday night’s 0-0 draw in Turin between Juventus and Inter. To some extent, this was a game when two disciplined, well organised sides cancelled out one another. This was also a very “Serie A” game with both teams showing huge (too much?) respect for their opponents and playing with their minds more focussed on not conceding a goal than on scoring one.

A draw was probably the right result to a game which was fairly even in the first half but definitely dominated by Juventus in the second. Juventus will argue that they came closest to scoring when Croat striker Mario Mandzukic hit the crossbar but the reality is that neither goalkeeper was overworked in this encounter.

For some, however, this clash between two of the strongest teams in the land was further proof, in an autumn marked above all by Italy’s first World Cup elimination in 60 years, that all is not well in the Bel Paese’s football garden. Watching the game in the offices of La Gazzetta dello Sport were two former protagonists of the “Derby d’Italia”, namely Dino Baggio, ex-Juventus and Davide Fontolan, ex-Inter.

“If these are the two best, or two of the best, sides in Serie A, then you can see just why Italian football is not having a great moment”, commented both men in tandem after the game.  Fontolan added that “we didn’t see any of the great football, worthy of this particular fixture”.

That could well be but it is worth noting that two of the outstanding players of this Serie A autumn, namely Napoli’s Lorenzo Insigne and Juve’s Paulo Dybala, are no longer firing on all cylinders. Dybala, after his brilliant seasonal start, has looked jaded, prompting coach Massimiliano Allegri to rest him, whilst Insigne is out through injury.

Insigne’s injury, as well as those of Polish reserve striker Arek Milik and Algerian defender Faouzi Ghoulam, partly explains Napoli’s 0-0 draw with an admittedly excellent Fiorentina. Add to that the fact that Belgian striker Dris Mertens is currently looking just a little tired and you can hardly be surprised that, in the last week, Napoli have been both knocked off the top of the table (by Juventus) and out of the Champions League.

At least one side and one man, however, had reason to feel happy with their weekend’s work.  In his first game at the San Siro as the new AC Milan coach, Gennaro Gattuso led his side to a 2-1 win over Bologna, their first Serie A home win since beating little Spal 2-0 on September 20.

Last week, Gattuso had opened his account as Milan coach with an absurd, almost operatic debacle which saw them concede a 95th minute equaliser, scored what is more by goalkeeper Alberto Brignoli, away to bottom side Benevento. Need one add that, until then, Benevento had lost all 14 Serie A games played this season.

Three days later, things did not get much better when Milan lost Europa League tie, 2-0 away to Croatian side Rijeka.  Fortunately for Milan, this tie was meaningless since they had already won their group.

It would be stretching matters to suggest that Gattuso has just put the Milan season back on track. However, Milan will be happy with three points after a disappointing Serie A seasonal start which currently sees them in 7th position. That, clearly, is some way off the much heralded “climb back to the top of the world”, indicated last April by Chinese entrepreneur Li Yonghong when he bought the club from Silvio Berlusconi.  However, last April and indeed last August, as the top four discovered this weekend was a long, tired-out time ago.