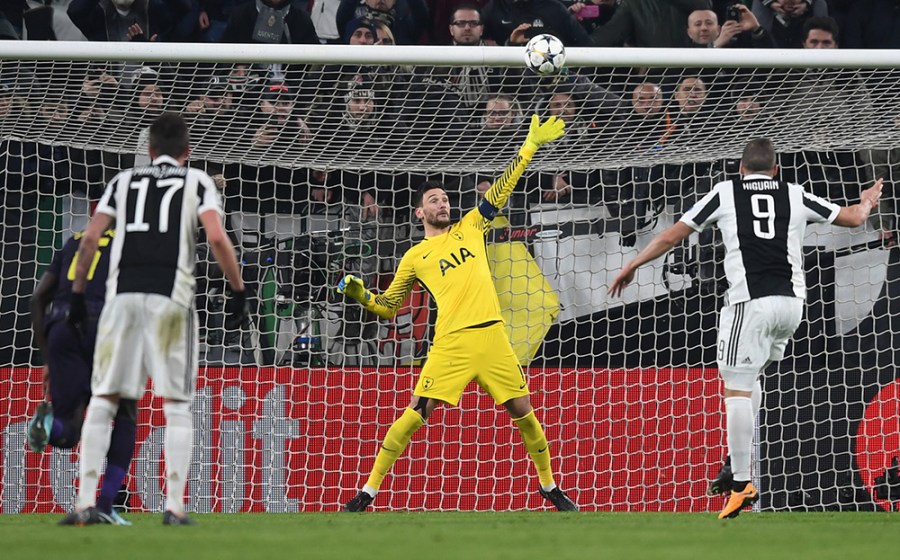 Paddy Agnew’s Notes From Italy: Allegri defends his Juventus players after lead slips away against Spurs

“Maybe there was someone around here who thought we should win this game 4-0.” In the immediate aftermath of Tuesday night’s 2-2 Champions League draw in Turin between Juventus and Tottenham Hotspur, coach Massimo Allegri was quick to defend his team. All too aware that critics might feel this was a game that the Old Lady had allowed slip away – having been 2-0 up after nine minutes and having missed a penalty for a 3-1 half-time lead – Allegri was quick to argue that this is the Champions League, lads, and it is not easy.

In a tone that mixed frustration, anger and also satisfaction, Allegri observed: “I simply don’t accept that we should be depressed by a 2-2 draw in a Champions League second round game. There are people here who expect us to always win 3-0 but anyone who thinks that needs a good doctor. There is nothing normal about winning [in the Champions League, it’s extraordinary. The Champions League is difficult but, so far, this team has always delivered.

“We’ve got to look forward now but I  have been saying since the day of the draw that we were not the favourites against Tottenham. Sides like Man City, PSG, Real Madrid and Barcelona are just that bit above us.”

Many Italian critics argued that the game had begun almost too well for Juventus.   That explosive start only encouraged Juve to drop back, defend their lead and in the process allow Tottenham to dominate the game. Intriguingly, Allegri rejected this interpretation, saying: “At the beginning, Tottenham had a bit of a blackout but then we went from a possible 3-0 to 2-1 and from a possible 3-1 to 2-2. This wasn’t because we scored our goals too early, no we scored them at the right moment. The team started well but then we had difficulty holding onto the ball because they were good. Football gives and football takes…

“Maybe there was someone around here who thought we should win this game 4-0. Having got to two finals has maybe spoiled some people…In the end,  however, it is not as if we have just lost 8-0.

“It is disappointing that we didn’t win but we have every chance of going to London and winning. It will be hard to beat them on their own turf but we will give it a go and you can only win by being enthusiastic and positive.”

Allegri was right to defend his team in anticipation of a critical media reaction to the game. Inevitably, many commentators highlighted Gonzalo Higuain’s second, this time missed penalty. Inevitably, too, critics were scathing of the manner in which living legend, goalkeeper Gigi Buffon, had set up his defensive wall for the Christian Eriksen free-kick equaliser which may well have decided this whole tie for Spurs.

La Gazzetta Dello Sport, however, saw the game as one that underlined some fundamental differences between life in Serie A and life in the Premier League. Far too often, Juventus can sleep walk through a Serie A game but still win it, just in the same way that horses can sleep on their feet, argued Gazzetta.

Against Spurs, however, there was no time for naps: “It was as if Juventus had underestimated the aggressive, powerful pressing of Spurs. When they tried to shake off this pressing, they found they were trapped, incapable of either holding onto the ball or of building from the back. The possession stats for the game, something like 70-30 in favour of the Londoners, says something about the relative strengths on view.”

Daily La Repubblica, while acknowledging that in the end things had not gone well for the Old Lady, still held out hope for the return leg, concluding: “Two serious mistakes weight heavily on this result – the penalty that was crashed onto the crossbar and the badly set-up defensive wall. And then, there were the opponents.    Their defence is vulnerable [and that is a reason for hope] but they have a very good player in Kane, and two useful playmakers in Dembele and Eriksen, as well as a dribble maniac in Lamela…

“In the end, the 2-2 result leaves [Spurs coach] Pocchettino happier than Allegri.   If before this game, it was a 50-50 affair, now it is 60% in Tottenham’s favour because Juve have to go and win in London…However, with a couple of players back in the team [Matuidi, Dybala] and with a bit more attention, Juventus can still do it.”