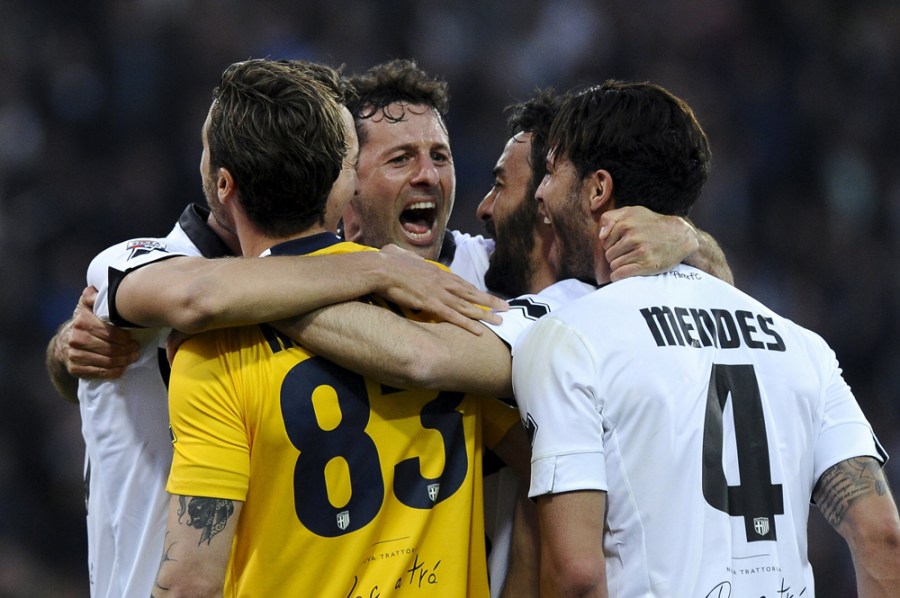 Parma have been docked another four points in the Serie A standings for their financial failures – a deduction which takes them to the brink of relegation.

The cash-strapped club have already been docked points on two occasions this season, having failed to pay their players since July.

The club has been declared bankrupt only to be savde when the otehr clubs agreed to a rescue package to fund them until the end of the season. But the latest sanction from the Italian Football Federation (FIGC) dates back to unpaid wages in September.

The FIGC has now deducted a further four points, taking them from 16 points to 12.

Successive wins – including a victory over Juventus last weekend – had given Parma a slim chance of avoiding the drop to Serie B. However, the latest deduction make relegation, if not not a mathematical certainty, then a strong likelihood.

With Atalanta lying in 17th place on 29 points, Parma would probably have to win all of their remaining eight games to evade the drop, and that is assuming that the temas above them pick up few if any points in their remaining fixtures.

In what has been a tumultuous season for the club, former President Giampietro Manenti and director Pietro Leonardi were been banned for six months.