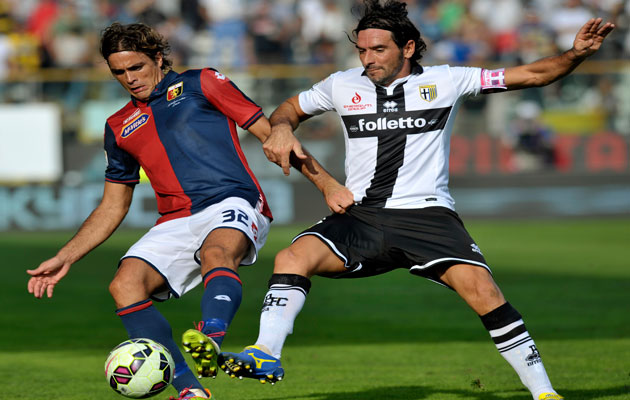 Giampietro Manenti president of struggling Serie A club, Parma, has been arrested on charges including embezzlement and money-laundering.

The club faces a bankruptcy hearing on Thursday, with Manenti, along with 21 others, is accused of investing illicit funds.

The prosecutor Michele Prestipino Giarritta said the case related to a group of money-launderers who had moved millions of euros from a Swiss bank using cloned credit cards.

Prestipino alleged the group “made available to Manenti a sum of around €4.5m (£3.3m) through a system which you could call banal but was certainly simple”.

A new law passed last year that made it a crime to invest unlawful gains in other business concerns – known as autoriciclaggio – has been used for the first time in this case, Prestipino said.

Parma’s players have not been paid all season and have been unable to fulfil a number of Serie A fixtures this season.

“This is turning into a farce,” the club captain Alessandro Lucarelli told La Gazzetta dello Sport. “I want to understand the legal reasons, whether Parma is involved or not.”

Manenti, who bought the club in February for a token €1, had agreed to pay off the club’s £72m debt. They are currently bottom of Serie A and 16 points from safety. Relegation is a certaintly and having been loaned £3.6m by the other Serie A clubs to stay afloat until the end of the current season, bankruptcy cannot be ruled out.