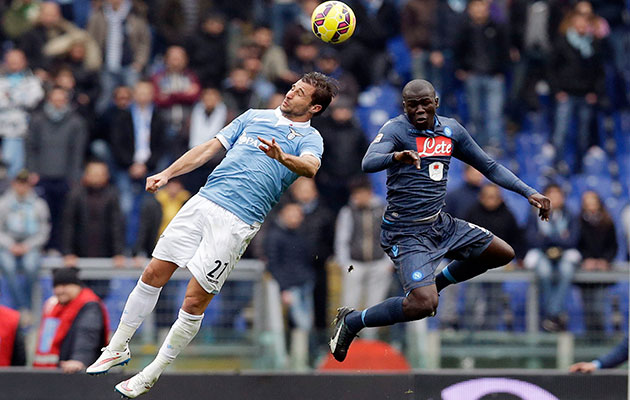 Wednesday’s Serie A fixture between Lazio and Napoli was suspended for around three minutes after home supporters at the Olympic Stadium in Rome began racially abusing Napoli defender Kalidou Koulibaly.

The game was halted midway through the second half following repeated booing from a minority of fans whenever the Senegal international touched the ball. The referee, Massimiliano Irrati, restarted the game after consulting with coaches and officials and Napoli secured a 2-0 win with goals from Gonzalo Higuaín and José Callejón to stay top of the table.

“I want to thank the Lazio players, but especially the referee Irrati for his courage,” he wrote. “I thank my team mates, the public and our fans, who have been a great support against these ugly chants. I want to thank everyone for the messages of solidarity which I have received.”

The Napoli coach, Maurizio Sarri, said he was sorry about the chanting. “Bravo to Irrati for stopping the match,” he said on Twitter.

This is not the first time black players in Italy have been subjected to racist abuse. On one previous occasion, Milan’s Kevin-Prince Boateng walked off the pitch after being the victim of sustained verbal abuse.