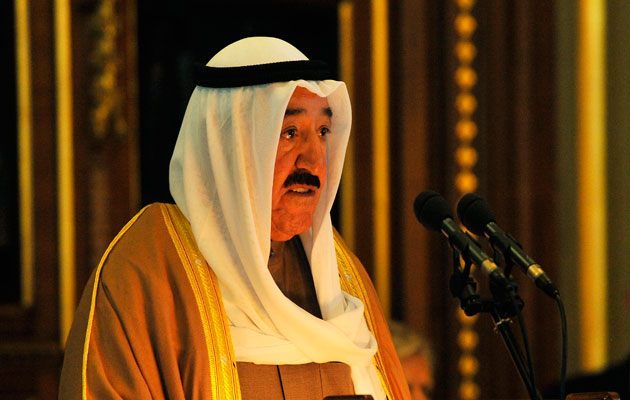 The Kuwaiti, who is is president of the both the Association of National Olympic Committees and of the Olympic Council of Asia, accused Qatar’s critics of “racist actions.”

Qatar’s award, by the executive committee of world federation FIFA in December 2010, was always controversial.

Tension has been excerbated by allegations of payments totalling $5m to senior football officials in the run-up to the vote by Mohamed Bin Hammam, a Qatari who was then president of the Asian confederation.

Those reported to have received monies include two of Sheikh Ahmad’s fellow members of the International Olympic Committee in Issa Hayatou and Lydia Nsekera. Hayatou is Cameroonian president of the African football confederation while Nsekera, of Burundi, became in 2013 the first woman ever elected to the FIFA exco.

Sheikh Ahmad spoke out while attending this week’s extraordinary general assembly of OCA. Intriguingly, his counter-attack against Qatar’s critics was far stronger than that of Sheikh Salman bin Ebrahim Al-Khalifa, current president of the Asian Football Confederation.

Earlier this week Sheikh Salman, in a brief statement issued through AFC headquarters in Kuala Lumpur, said merely that he was looking forward “to seeing a successful FIFA World Cup in Qatar” and was “convinced that the Qatar 2022 Supreme Committee for Delivery and Legacy, will do their utmost to clear the doubts.”

However Sheikh Ahmad went much further.

He said that British media attacks in The Sunday Times and other sources on the Qatar 2022 World Cup were “racist actions towards Qatar and Arabs, revealing the malice of those parties in a way that has no justification.”

Sheikh Ahmad added: “We will confront all such acts of racism and we will stand with Qatar so that no-one removes its right to organise the 2022 World Cup in Doha.

“I stand by my brothers in Qatar and with Sheikh Salman bin Ebrahim, the AFC president.”

No senior figures in world football, he said by contrast, had demanded that the imminent World Cup be removed from Brazil, despite the preparatory confusion and nationwide street protests over spending and corruption.

Sheikh Ahmad’s intervention is significant. He was influential not only in the election of Bahrain’s Sheikh Salman last year as AFC president but in the accession of Germany’s Thomas Bach to the role of Olympic president last September.

His use of the ‘race card’ comes at a particularly delicate time in world football when the governing bodies have begun, belatedly but decisively, to move against racism and all forms of discrimination within the game on and off the pitch.

Furthermore, he has effectively painted the attack on Qatar as an attack on the entire Arab region and thus raised the political temperature.

The simultaneous World Cup votes for Russia to host 2018 and Qatar to stage 2022 have been the subject of a two-year investigation by Michael Garcia, the New York-based attorney who is FIFA’s independent ethics prosecutor.

Garcia has said his report is close to completion and will be delivered to the ethics chamber chairman, German Judge Hans-Joachim Eckert, in mid-July.