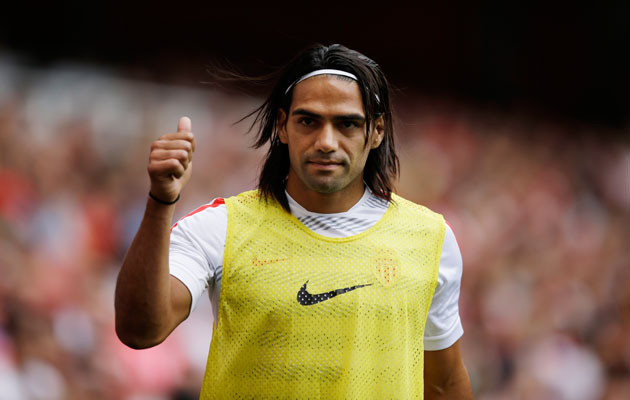 Manchester United are set to sign Colombia striker Radamel Falcao on loan from Monaco, subject to a medical.

Falcao has made three appearances in Ligue 1 this season, after returning from anterior cruciate ligament damage he sustained in January, which forced him out of this summer’s World Cup.

The 28-year-old has been linked throughout the summer with a move away from the French Ligue 1 side, who he joined for £50m in May 2013.

El Tiempo reported at the weekend that Manchester City had been set to bring in Falcao, but were prevented from doing so by Financial Fair Play regulations. City are permitted a £49 million net spend this summer and have currently spent £24m – meaning Falcao was beyond their range this season.

The Colombian had also been linked with Arsenal, as well as Italian champions Juventus and Spanish side Real Madrid.

Speculation over a move to European champions Real intensified on Saturday when a comment on his official Twitter account, which was later deleted, read: “Dream come true #halamadrid”.

In a later post Falcao indicated the first tweet was fake, saying: “I have to refute a story about a tweet I have not done and that is a photo montage.”

Speculation over his future grew when he was left out of Monaco’s squad shortly before Saturday’s draw against Lille.

Netherlands international Daley Blind is also close to joining the clubafter a £13.8m fee was agreed with Ajax for the defender.