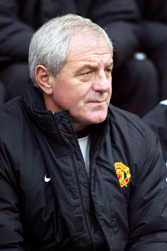 Walter Smith has resigned as Scotland coach to become manager of Rangers for a second time.

The Scottish Football Association will now take legal action against Smith “for breach of contract” and against Rangers “for inducement to break the contract”.

Smith, who has signed a three-year contract, replaces Paul Le Guen and will be assisted by former Rangers striker Ally McCoist.

“I’ve great respect for both men and their achievements and I am convinced they will take the club forward.”

“He has done an excellent job for us and the Scottish national team. We are very disappointed that he has chosen to leave us at this critical time in our Euro 2008 qualification campaign.”

An SFA statement said: “At a meeting this morning with the chief executive of the Scottish FA, Walter Smith delivered a letter of resignation with immediate effect from his position as national coach of the Scotland team.

“No agreement has been reached with Mr Smith or Rangers Football Club on any compensation payment to be made for the early termination of his employment, which is in breach of his contract with the Scottish FA.”

Smith said: “I am delighted to return to Rangers as manager. This club has always been in my blood and I can’t wait to get started.

“I am looking forward to teaming up with Ally and first-team coach Kenny McDowall.

“I worked side by side with Ally during our time with the national team and I am also delighted Kenny has agreed to join us at Ibrox.

“Ally is someone with a strong Rangers background. He’s young and ambitious and he’s given up quite a bit to take up this job.

“His enthusiasm will be an enormous help.”