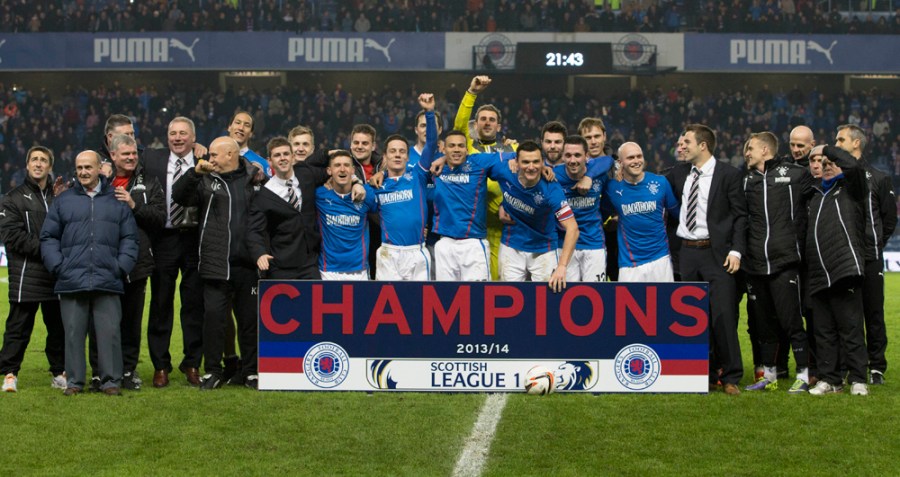 Former SPL giants Glasgow Rangers who were relegated to the bottom tier of Scottish football two years ago for financial irregularities, continued their climb back up the divisions in Scotland when they secured the League One (third tier) title before the middle of March.

Rangers have played 28 matches, won 26 and drawn two. They have yet to lose in the league, whilst scoring 87 goals and conceding just 14 to date for a goal difference of +73.

Despite McCulloch’s hat-trick, he is still only third in the League One list of goal scorers this season. Mculloch has so far scored 16 league goals for the Gers, while his team mate Jonathan Daly is second with 19. However leading the way is Ayr United’s Michael Moffat with 21 goals.

Rangers have also reached the Scottish Cup semi-finals where they will play SPL side Dundee United in April for a place in the final against either Aberdeen or St Johnstone.