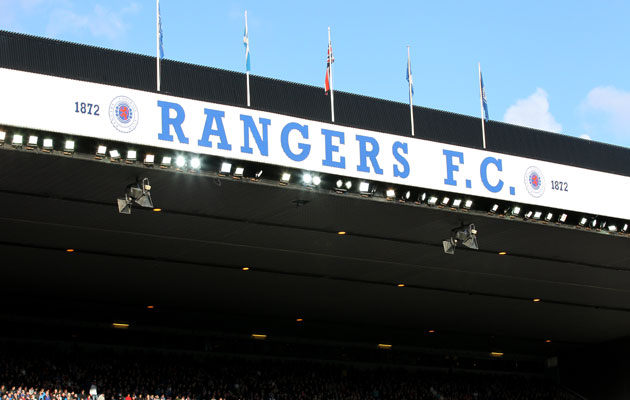 Chris Graham has resigned as a director of Rangers just three days after he was appointed to the board.

The 38-year-old is under police investigation over an image posted on his Twitter page in the wake of the Charlie Hebdo attack in Paris.

Graham was responding to Islamist preacher Anjem Choudary, who tweeted the message: “Freedom of expression does not extend to insulting the prophets of Allah, whatever your views on the events in Paris today!”

In response, a tweet sent from Graham’s account included the sketch of the prophet Mohammed engaged in a sex act with Star Wars character Jar Jar Binks, along with the message: “You probably won’t like this one of Prophet Mo.”

In a statement to the stock exchange, Rangers confirmed: “Chris Graham has tendered his resignation as a director of RIFC [Rangers International Football Club plc].

“This has been accepted by the board.”

On Thursday, Police Scotland confirmed they were looking into the case, with Rangers also saying they would undertake a “robust investigation”.

A spokeswoman for Police Scotland told STV: “We are aware of the media reports in relation to comments made on a social media site. We are now carrying out inquiries into this matter.”

Graham also attracted criticism from Muslim leaders in Glasgow over the tweet.

President of Glasgow Central Mosque, Dr Asid Khan, said: “With freedom of speech comes great responsibility to not offend other people. In this case, such a tweet is very offensive to a large proportion of the population, not only Muslims.

“This was very irresponsible and reprehensible coming from a director of a football club.

“A number of Muslims play for Rangers and I imagine they would be disgusted by this.”

Secretary of the Muslim Council of Scotland, Mazhar Khan, said it hoped Rangers took the matter “very seriously” and asked whether “a line had been crossed” by Graham.

He said: “We reject all types of insulting and offensive behaviour, especially if it is against people’s religious beliefs or identity.

“We would hope that Rangers take the issue very seriously to establish whether a line has been crossed.

“We would hope that they at least look into this. However, we would leave it to the judgement of Rangers and their board over what action to take.”