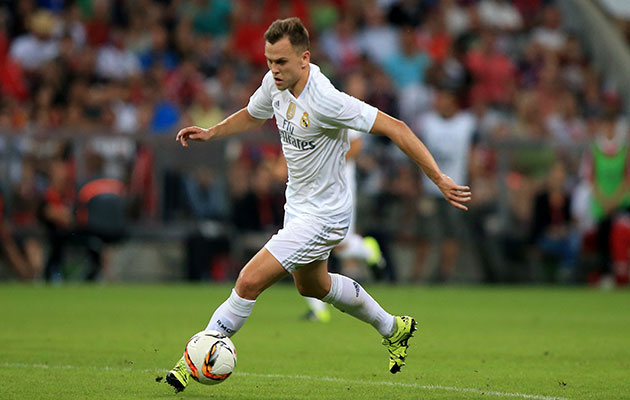 Cadiz have confirmed they will report Real Madrid to the Spanish Football Federation over their selection of the ineligible Denis Cheryshev in the Copa del Rey.

Madrid, who won 3-1 in Cadiz, could be thrown out of the competition as the Russia international Cheryshev was serving a suspension for receiving three yellow cards with his former club Villarreal last season.

The RFEF communique from March 6 confirming that Denis Cheryshev (Villarreal) has a 1 match #CopaDelRey sanction pic.twitter.com/zQrLVAIUB2

The winger opened the scoring for Real at the Estadio Ramon de Carranza but was withdrawn shortly after half-time, when Real realised their error. Coach Rafael Benítez said the player was withdrawn as they wanted to “show good faith”.

Nevertheless, Cadiz president Manuel Vizcaino has confirmed the club has reported Real for the transgression.

He told cadizcf.com: “This situation required a speedy decision because there was no time to speculate. The board has met and decided to report Real Madrid for fielding an ineligible player, out of respect for our fans and the club.

“We decided to do this with a heavy heart, but it is our firm decision. We do this not without a sense of pain, because we are friendly with the club. We read the report, evaluated the situation and weighed up our decision. I think we’ve acted responsibly.

“I spoke with people from Real Madrid during the match and nobody said anything about it. We’ve looked at the rules and made a decision accordingly, but it was a tough one to make. Real Madrid are a great club, admired all over Spain, and by me.”

A precedent was set last season when Osasuna were expelled from the tournament for playing an ineligible player.

Benítez told Real’s website: “Clearly, the club did not know anything. We weren’t told by Villarreal or the RFEF. We knew nothing and [when we found out] we have substituted the player to show good faith.”

The Real director Emilio Butragueño said in quotes published in Marca: “We knew nothing of the situation. Cheryshev, who was a Villarreal player at the time, had no knowledge. We will await developments.”

Cheryshev told realmadrid.com: “I did not receive any notification from Villarreal to inform me that I had been banned from playing in the Copa del Rey.”