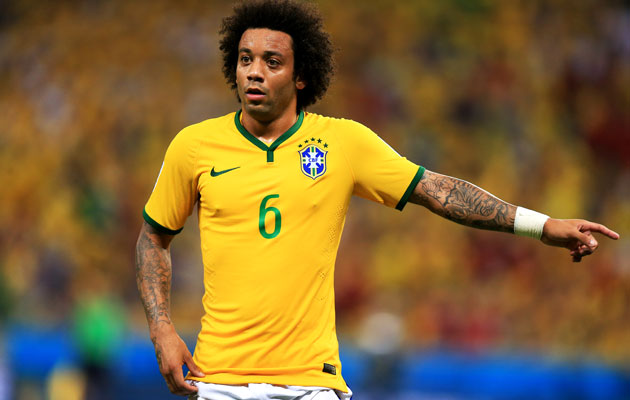 Brazil coach Dunga is standing his ground in the ongoing row with Real Madrid over the exclusion of left-back Marcelo from the national team.

Marcelo, though fit and available for selection, was left out of the squad for last month’s World Cup 2018 qualifiers against Paraguay and Uruguay, sparking a public argument between club and country.

Real Madrid coach Zinedine Zidane has spoken out about the “lies” coming from the Brazil camp, while a national team doctor pinned the blame on the player for not communicating that he was available for selection.

During an interview with UOL, Dunga suggested that Marcelo’s attitude and commitment had been found wanting.

“We did not speak [before the squad was named],” the Brazil coach said. “We have [each others’] numbers. He did not tell the doctors anything about feeling good and the doctors said nothing to me. It is about being responsible. Every Monday, Thursday or Friday I am told if any player who is going to be called up has any physical issue.

“I used the information I had. Players like [Roberto] Firmino and Ricardo Oliveira were in touch with the doctor. That is important. A player who wants to be with the Brazil team must show the right attitude, responsibility and commitment. You must want to play for your national team.”

Ironically, it was Dunga who recalled Marcelo to the national team in 2015 after previously criticising the defender for his role in Brazil’s humiliating 7-1 World Cup semi-final defeat to Germany.

After drawing 2-2 in both the recent qualifiers against Paraguay and Uruguay, Brazil are sixth in the South American standings after six games and currently outside of the automatic qualification spots for Russia 2018.

The team’s current predicament has reportedly led Brazilian national federation [CBF] to consider sacking Dunga as national team coach. The former World Cup winner returned to manage the national side after the 2014 World Cup. He previously led the team between 2006 and 2010.