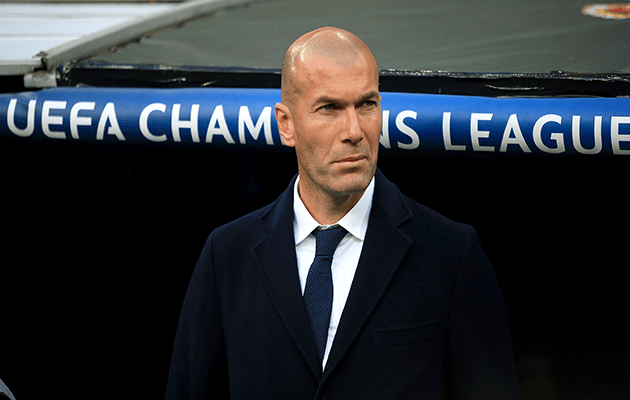 Real Madrid coach Zinedine Zidane insists his side were made to work hard after a Champions League semi-final victory over Manchester City in which the opponents registered just one shot on target.

Fernando’s first-half own goal was enough to give Real the 1-0 aggregate win, while City, appearing in their first ever Champions League semi-final, produced a limp performance and rarely threatened to get back on level terms.

Despite criticism of the visitors, Zidane insists City played their part and said the hosts’ suffered.

“I didn’t see a weak City,” said Zidane. “I saw City participating, a team who made it difficult for us. They didn’t manage to get too many opportunities, but they played, they defended well and it was difficult for us.

“We deserved maybe a second goal in the second half, but in the end it’s a semi-final and we suffered all the way until the end.

“At the end when you look we won 1-0. That shows that we suffered against a very good opponent. You may have your own opinion that City did nothing. I think they did a lot.”

Zidane, who was appointed as Rafa Benitez’s successor in February, could add to the triumph he enjoyed with Real as a player in 2002.

“I’m happy, I’m happy. Not happy just because it’s me, I think it’s the work of everyone, and I’m happy because of the players. What they did today was wonderful, great, he added.

“We suffered, as usual, because it’s a semi-final, and it’s always a place to suffer, but in the end we managed to get to the final and that’s the most important thing for us.

“Today is the day to enjoy, and especially we will enjoy the moment with the fans because they were wonderful. But we haven’t achieved anything yet, we know on May 28 it will be difficult, complex.”

Real’s opponents on May 28 in Milan will be city rivals Atletico Madrid, in what will be a repeat of the 2014 final. Real won that game 4-1 after extra-time, but Zidane said that match would have no bearing on this season’s final.

“There is no favourite,” he added. “As usual it’s a final and I think both of us deserve to be in the final. When you start the match it is 50/50.