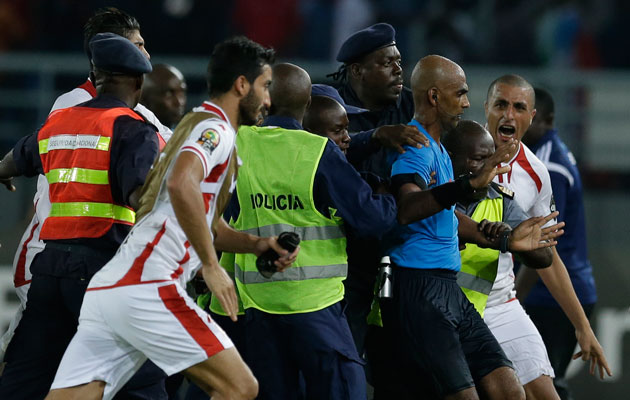 The referee who awarded a controversial penalty to African Cup of Nations hosts Equatorial Guinea, has been banned for six months.

Rajindraparsad Seechurn of Mauritius has also been removed from the list of top African officials, effectively ending his international career.

The sanction came after Seechurn awarded a questionable penalty to the hosts in the 93rd minute of their quarter-final tie against Tunisia.

The decision promoted a furious reaction from the Tunisia players and officials, who surrounded the referee and continued their prostests at the end of the match.

Guinea won the tie 2-1 to earn a place in the semi-finals, where they will face Ghana.