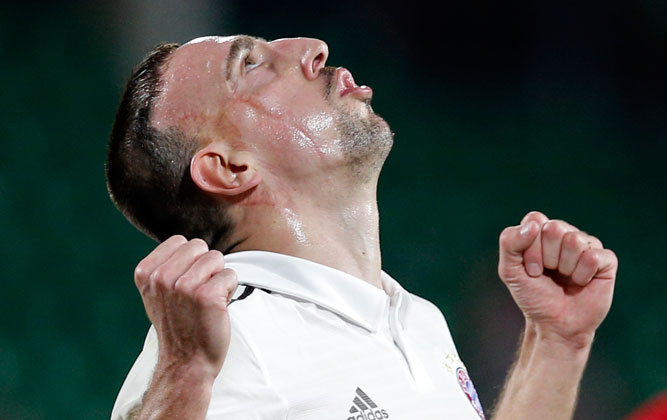 Franck Ribery is a doubt for Bayern Munich’s Champion’s League tie against Arsenal after undergoing surgery on his buttocks.

Franck Ribery has emerged as an injury doubt for Bayern Munich’s Champions League tie against Arsenal after undergoing surgery on his buttock.

The French winger Franck has been ruled out of the Bundesliga derby at Nuremberg on Saturday.

But Bayern coach Pep Guardiola said: “Hopefully, he can play in London. Franck is important, I hope he can train as soon as possible and we are waiting on him.”

The defending European champions travel to the Emirates for the first leg of their last-16 tie on February 19.

Bayern’s media director Markus Hoerwick said the 30-year-old had taken a “knock to the buttocks” and went under the knife on Thursday after suffering a burst blood vessel.

Neither Hoerwick, nor Guardiola would answer how Ribery picked up the injury, but the winger will stay in a Munich clinic over the weekend and will be examined again on Monday.

“Then we will know then if he can return to the team or will be out for longer,” added Hoerwick.