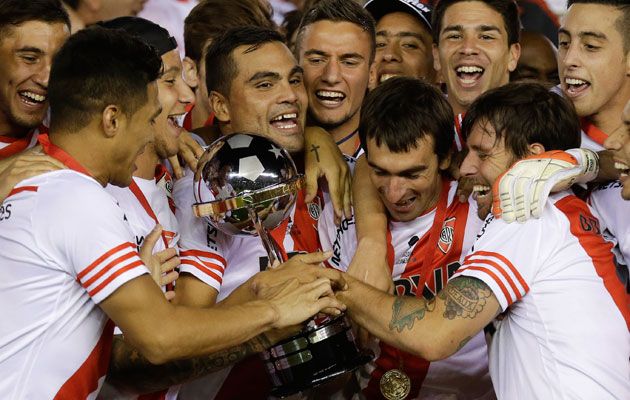 River Plate have won the Copa Sudamericana for the first time in their history with a 2-0 win at home yo Colombia’s Atletico Nacional.

Second-half goals from Gabriel Mercado and German Pezzella gave the Argentine outfit a 3-1 aggregate win and gave the club its first international title in 17 years.

River dominated the play and but for some heroic work from Nacional goalkeeper Franco Armani, who pulled off a string of fine first-half saves, the tie could have been over by the interval.

The result means River boss, Marcelo Gallardo, becomes the first man to win a continental title with the club both as a player and a coach, having been a member of the teams that claimed the Copa Libertadores in 1996 and the Supercopa title in 1997.

“”Thanks to the players for playing the game the way it should be played,” he told Argentina’s Channel 7.

“I offer a toast to the team. I feel very proud for having come to this club, for having started as a player here and grown as a person.

“The supporters backed us and I feel very proud for the club. I grew up as a player and now I have managed to give this joy to the club in a different role, as a coach.”

Mercado added on Fox Sports: “We were aware of the challenge we faced. This is a great group of players and we totally deserve this victory.”

River can now follow up their contental title with a domestic crown at the weekend, but need to beat Quilmes and hope Racing Club fail to beat Godoy Cruz.