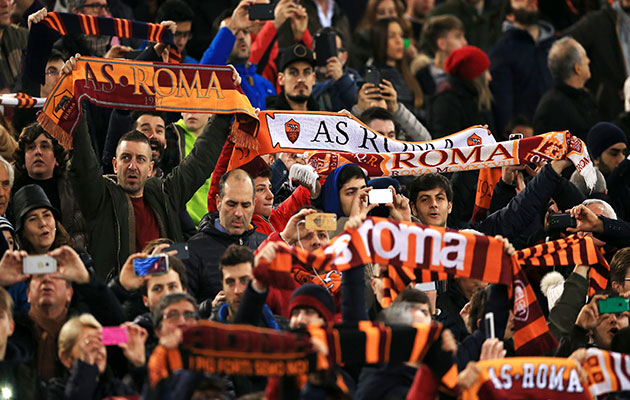 Roma fans have hit back at coach Luciano Spalletti, after he criticised them for their failure to get behind the team this season.

Attedances at the Olympic Stadium have dropped more than 12 per cent this season to 35.191, as the Curva Sud, dissatisfied with some of the new stadium security measures being implemented by the club, have voted with their feet.

A large section of the club’s hardline fans have been boycotting games since the Curva (Ends) were split in two.

In the build-up to Friday’s crunch clash against Fiorentina, Spalletti had questioned the Ultra commitment to the club in an attempt to bring them back to the stadium.

“If you don’t come to Friday’s game then you don’t care about it,” Spalletti said, when asked abouyt the stay-away supporters. “And so I doubt those people can bring anything more to the team.

“Roma are as important as family, everything else is just secondary. To all those who speak about love and the tattoos they have, now is the time to prove it.”

Roma coach’s words have not gone particularly well with the absent supporters, who reminded the Italian that the team’s current run of form is doing little to appease their anger.

“Six victories don’t change anything about how we feel,” read a banner near the Coliseum, “Spalletti better simply focus on being a coach.”

Roma face Fiorentina in Friday night. Both teams are level on 53 points with Roma occupying the third and final Champions League spot on goal difference.

It is not just the Roma fans who have been at odds and not going to the stadium however, as city rivals Lazio have also been staging a boycott of the Olympic Stadium.