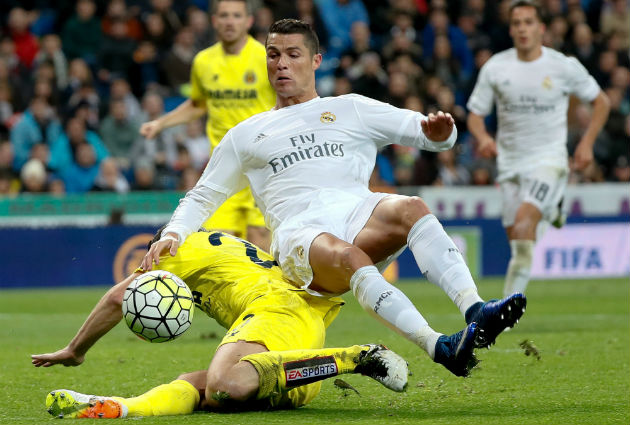 The Portuguese star felt the tightness in his hamstring at the end of the match – however Real boss Zinedine Zidane had used up all his substitutes, leaving his team to finish the game with 10 men.

Ronaldo had featured in every minute of Madrid’s campaign this season, and has only been substituted once in the Champions League against Roma in the 89th minute – and Zidane acknowledges that he needs to manage his star player’s fitness.

“Once in a while he needs to be substituted so he can rest,” Zidane said.

“It’s necessary for him not to finish one game or to miss one game occasionally.

“But he’s a player who always wants to play and give everything he has. It’s difficult for me at times.”

Ronaldo is due to have medical tests today but Zidane said that he expects Ronaldo to feature in their upcoming La Liga and Champions League semi-final games.

He also paid homage to Ronaldo’s work rate this season.

He is more a team player than people think, he is working very well and defending a lot,” Zidane added.

“Everyone recognises his work. He doesn’t just score goals, he’s another member of the team.”