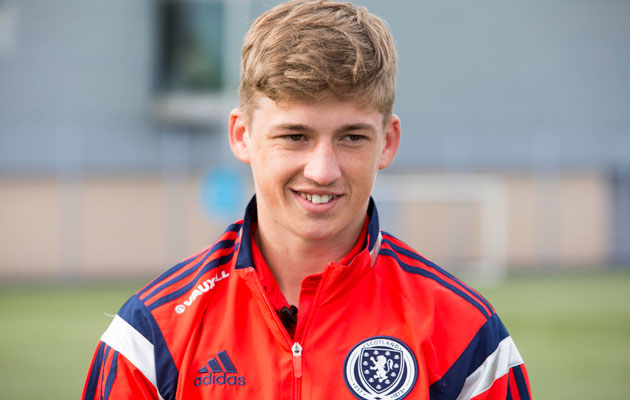 Highly-rated youngster Ryan Gauld says he is enjoying life at Sporting Lisbon and is glad to to finally shed his ‘Mini Messi’ tag.

The 18-year-old was thrust into the spotlight as a teenage starlet with Dundee United, where his performances earned comparisons with Barcelona’s Lionel Messi.

Gauld was linked with a number of clubs last summer, but chose to join Sporting where he currently represents their B team.

Back in Scotland on international duty, Gauld has spoken to the Daily Record about his experiences in Portugal and his relief at escaping the hype that has shadowed him from the moment he made his debut for Dundee United.

“I’ve managed to escape from the Mini Messi tag, which I’m glad of,” he said.

“It was a little bit strange and came about just because I’m small and left footed. That’s the comparison and again it was made only after about four or five games for United.

“I don’t have a nickname at Sporting yet. No-one in the Scotland squad has said anything about it yet, which I’m quite glad about. I thought something might have been said.

“I’m really glad that I’m away from the hype which surrounded me. I’d only played a few games for United when there were rumours and stories about other clubs being interested.

“It didn’t affect me but it was beyond belief it was happening after just a couple of games.

“To be over in Portugal now and starting again is really good for me. The main reason I chose to go abroad was the style of football is something I’ve always liked. I also wanted to learn another language and see how things are done elsewhere.

“I’m in Sporting’s Champions League squad, which is every first team player and a couple of home-grown youngsters.”

There was some surprise when Gauld picked for his new side’s B team, though he insists the plan has always been to gradually acclimatise him to the Sporting culture.

“By playing in the B team I’m getting used to the club and the football,” he said.

“The Second Division is not a big thing in Portugal. Our B team games don’t have huge attendances, there is no focus on it. At the same time, there is no pressure on you from the stands.

“We’ll take it slowly and see when the time is right for me to get to the first team.”

If you wish to know how Gauld gained his Mini Messi moniker, look no further.