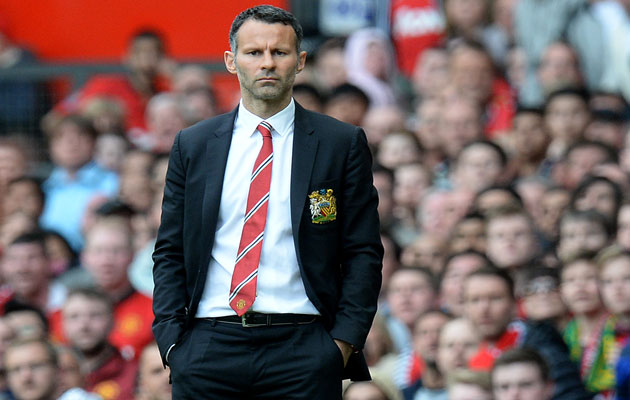 If Ryan Giggs is appointed manager of Manchester United, he may be tempted to offer a pay rise to reserve team goalkeeper Anders Lindegaard.

Giggs’ reign started with a comfortable 4-0 win over Norwich on Saturday evening, a welcome relief after a turbulent week which began with the sacking of David Moyes.

According to Lindegaard, who was privileged to hear Giggs’ first pre-match team talk, the interim coach possesses all the attributes to become a successful manager. And, judging by the gushing tones of the Dane, if a career in football management isn’t taxing enough for the Welshman, Giggs could always turn his hand to running the country in his spare time.

“His last speech before the team went on the pitch before the match against Norwich was spine-tingling in a way that I have only experienced from Sir Alex,” he said, comparing Giggs with former United boss Sir Alex Ferguson.

Moving on from Ferguson, the most successful manager in the history of British football, Lindegaard then proceeds to compare Giggs (managerial cv: one home win over relegation-threatened Norwich City) to the most revered coach of the modern age, Pep Guardiola (managerial cv: won everything there is to win in the game and introduced a new style of football).

“It probably sounds rather naive and impetuous, but to me we are dealing with a new Guardiola,” he said.

“The question is whether he is already ready to meet the enormous potential he possesses.

“Fortunately, it’s not my decision to make, but whatever the club decides, I’m sure that everyone on and around the team will respect it.”