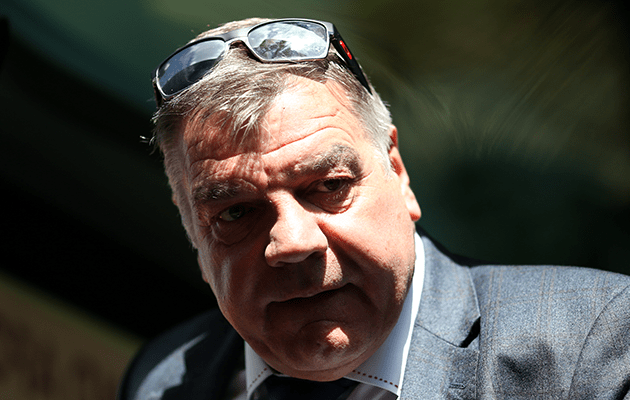 Sam Allardyce has emerged as the frontrunner for the England vacancy, with his chances enhanced by his readiness to mentor a younger assistant who could become his successor.

The FA wants to talk to both Allardyce and Jürgen Klinsmann, the USA coach, about the vacancy created following Roy Hodgson’s resignation in the wake of England’s embarrassing Euro 2016 exit at the hands of Iceland.

Allardyce left Sunderland’s training camp in Austria on Monday night, but the club insisted he was working on potential transfers, with one source stating it was “business as usual”.

While formal contact between manager, club and the FA has not yet been established, Allardyce has made no secret of his desire to coach his country and with England known to want to appoint an English manager, he is one of a handful of top flight options currently available.

Allardyce is reported to be frustrated by Sunderland’s inability to make a single signing so far this summer, encapsulated by the breakdown of the proposed deal to sign the Inter defender Davide Santon. The former West Ham and Bolton manager described the £3m move’s collapse as “a huge disappointment”

“We want to improve the squad with two, three or four players as quickly as we can,” Allardyce told Sunderland’s website. “We’re trying to work in the market shrewdly and to get the best value for money we possibly can. Hopefully the fans will be a little bit patient but I have to admit myself that my patience is wearing thin – very, very thin indeed.”

Depsite Allardyce emerging as the favourite for the post, the EFA continues to cast its net far and wide in search of a new coach. Other interested parties along with Klinsmann, include Bournemouth’s Eddie Howe and manager of newly-promoted Hull City, Steve Bruce.

“It’s highly flattering and, whether or not it goes any further than that, I’m honoured to be linked with it,” Bruce said. “It’s the pinnacle isn’t it? To manage your country, there’s no bigger job. It’s all speculation but there’s a lot of people who have written nice things and I’m grateful for that.”