Sam Allardyce has been officially unveiled as the new England manager and among his first acts a refusal to confirm that Wayne Rooney will remain as team captain.

The 61-year-old, who succeeds Roy Hodgson as national coach, said that no decision will be made on the captaincy until he has met all the players.

Allardyce, who said he would be joined by his former Bolton assistant Sammy Lee, was unveiled at St George’s Park on Monday and admitted it was “far too early” to reveal the identity of his next leader. 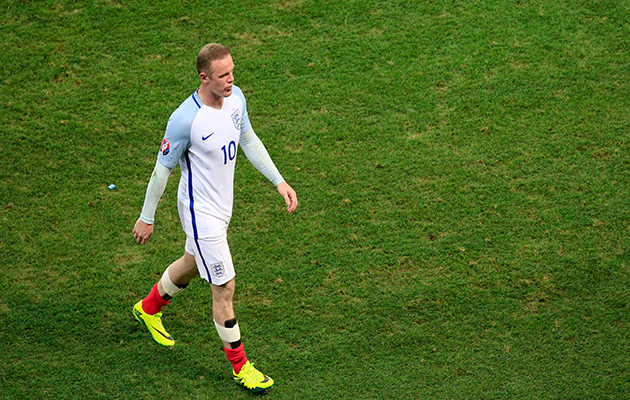 Wayne Rooney is substituted during England’s Euro 2016 defeat to Iceland.

“I’m going to leave that until I meet all the players and get all the staff together,” said Allardyce, who described his management style as “pragmatic”.

“I think that choosing styles or systems depends on the players available and then who we’re playing,” he said.

“My coaching technique is to try and give the players the opportunity to win a football match wherever they are playing, be it home or away. And to make them aware of the opposition, which may change the style of how we play.

“I expect the players to be very adaptable and very flexible. I don’t expect a player at this level to be only able to play only one position and one style. It may be the same system [as at youth level] but with a tweak here or there.”

Allardyce also said it was important he and the players enjoy representing their country, describing the England job as the “pinnacle” of his career.

“I think the bonding of the team is exceptionally important and trying to create a good team spirit. And have some fun, the game of football is to be enjoyed and I’ve enjoyed my life in the game for many years,” he said.

“So as the pinnacle of my career, which this job is, I want to enjoy this the most. So I can only do that with everybody who works for me and works around me.”

The new manager dismissed suggestions that the leading players no longer cared about representing the national team.

“I’ve not seen a lack of passion or determination or desire among the team. I have to identify what went wrong [at Euro 2016] but I’m not going to dwell on that. I’m trying to create an environment that has a feel-good factor about it and players able to deal with what is thrown at them.”

Allardyce first applied for the England job a decade ago when he was in charge of Bolton, but the FA went with Steve McClaren. Since then Allardyce has gone on to manage Newcastle, Blackburn, West Ham and Sunderland and he believes he possesses the requisite experience for the post.

“I think that it was 10 years since I was last interviewed and to sit here is a huge thrill for me,” he said. “I think I fit the chair, I hope I do. I think I’ve got the experience to challenge the England team and challenge myself. Managing five Premier League teams has given me huge experience.”

Of England’s decades-long failure to make an impact at a major tournament, Allardyce said all he could concentrate on at the moment was qualification for the 2018 World Cup.

“We’re two years way from the World Cup but we must focus on qualifying,” he continued. “Then we can focus on the in-depth issues. We all had great hopes becuase of the way we qualified for them. I hope when we get there (Russia 2018) I can answer that question better then. We can’t change the past. We can only focus on the future.”

Former head of German football banned for one year