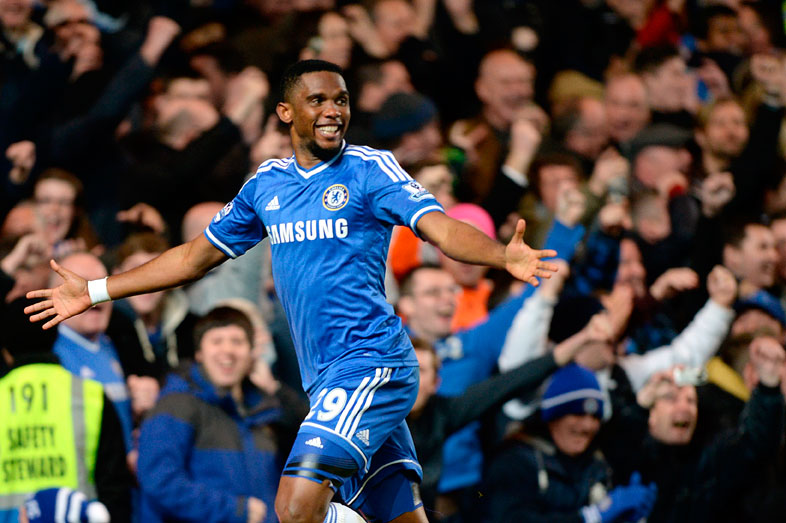 Samuel Eto’o has laughed off the remarks made by Chelsea manager José Mourinho over his age, saying that if he can manage a hat-trick against Manchester United “at 37” he still has plenty to offer.

Mourinho was furious that his  remarks were leaked but said his relationship with Eto’o had not been affected – something the Cameroon forward confirmed.

The striker stated: “I am Samuel Eto’o, what can I say?. If at 36 and 37 I can score three goals at Manchester United it means that I still have some juice and I can even score until I am 50.

But enough about next season, here, from the current campaign, is a timely reminder of the striker’s enduring qualities.