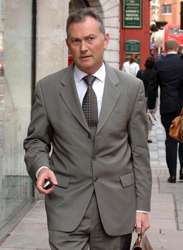 You have to go back 10 games to find the last time Sunderland got all three points against Newcastle in the Tyne-Wear derby. Click here for the latest odds.

The proposal to play an extra round of Premier League games overseas provoked widespread condemnation from almost all quarters, and Scudamore admits he was taken aback by the hostility generated by the plan.

“We knew the reaction would be somewhat extreme and we knew it was going to be difficult, maybe not as quite as difficult, but clearly we have been looking at this for some time,” Scudamore told Sky Sports News.

“It would be ridiculous of me to say the reaction hasn’t moved us back to, if not the drawing board, then certainly the think tank. It has probably pushed the timelines back as well.

“But in terms of playing meaningful games abroad, hopefully it will happen within my lifetime, hopefully within my soccer administration career.”

Gartside, who is a member of the Football Association’s board, has also suggested the abolition of relegation to the Football League.

“Yes, of course it keeps the competitive balance, it keeps the whole season alive and keeps a whole lot of interest going .

“We are a ladder, our league is a ladder to the leagues below and to European competition above.”

You have to go back 10 games to find the last time Sunderland got all three points against Newcastle in the Tyne-Wear derby. Click here for the latest odds.