Sepp Blatter, Jerome Valcke and Markus Kattner ripped off FIFA to the tune of $80m between them over the four years between 2011 and 2015.

The astonishing evidence of how the three most powerful officials in the world football federation plundered its vast financial resources has been laid bare by Quinn Emanuel, the United States law firm commissioned to help sort out the mess left by years of scandal.

Investigators from the law firm have also questioned the level of oversight undertaken over the last three years by the compensation sub-committee headed by Swiss businessman Domenico Scala. The latter quit after a bust-up with new president Gianni Infantino during last month’s controversial congress.

However FIFA sources close to the investigation denied that the timing of these new latest revelations had been intended to distract attention from revelations concerning events in Mexico City.

Documents released by Quinn Emanuel revealed that the three men effectively negotiated between themselves ever-more-lucrative contracts and World Cup-related bonuses.

Valcke and Kattner, as senior staff members, also secured the protection of long-term severance deals and blanket indemnities against any legal action arising from their FIFA work, whether they were dismissed for ‘just cause’ or not.

The individual figures break down to approximately $34m for Blatter, $33m for Valcke and $13m for Kattner.

Blatter’s contracts and bonuses were sorted out for years in direct personal negotiation with Argentinian Julio Grondona in his role as head of the finance committee until his death in 2014; Grondona was succeeded by African confederation president Issa Hayatou.

FIFA, on Quinn Emanuel’s advice, passed on its concerns to the Office of the Swiss Attorney-General and the United States Department of Justice, both of which are running ongoing investigations into various strands of the past years’ corruption. 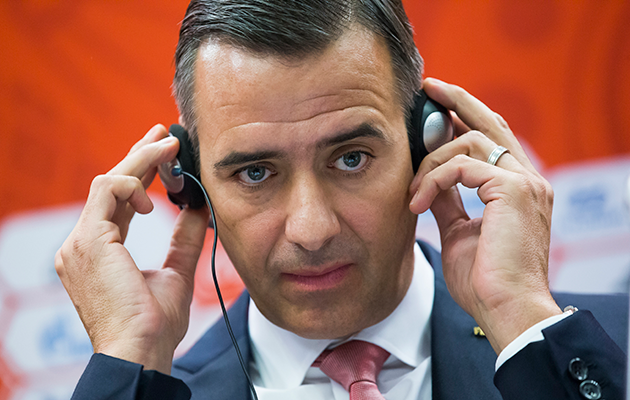 Markus Kattner was fired last month by Fifa after financial irregularities were uncovered.

As a result Swiss authorities raided FIFA’s Zurich headquarters yesterday and, in particular, the office of Kattner.

A statement said: “Documents and electronic data were seized and will now be examined to determine their relevance to the ongoing proceedings.”

Blatter’s case concerns the sale of a TV rights deal as well as the infamous SFr2m paid by FIFA to UEFA president Michel Platini in early 2011.

This was not the only major financial transaction enacted by Blatter at that time. The latest documents show that, shortly before the 2011 election in which Blatter was eventually re-elected, he negotiated lucrative contract extensions with Valcke and Kattner – ensuring their financial futures in case he were to be ousted by challenger Mohamed bin Hammam.

In the event Bin Hammam was suspended days before the election and Blatter was re-elected unopposed.

As for the latest revelations, FIFA and its lawyers believe the contracts of at least Valcke and Kattner may have breached Swiss company law. They have not ruled out the possibility that the latest evidence may be used in criminal complaints against all those centrally involved.