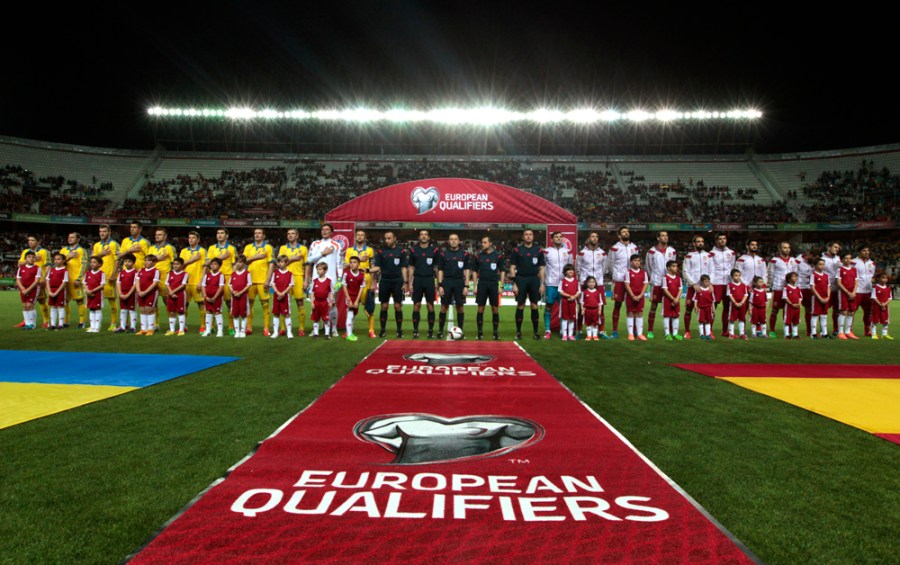 Just a normal international week in Spain. The news in the national sports newspapers here has a habit a habit of being Real Madrid’s internationals, not Spain’s internationals. Now with Spain still unable to re-find anything like the form that made them the most successful generation in football history, that’s even more the case than before. And when the analysis of la seleccion has come, it has not been positive.

Reach page eight and there’s Vicente del Bosque suggesting that “negative criticism” has taken over from positive criticism. “We’re not so far from where we were,” the Spanish coach says but most don’t really see it — assuming that “where we were” is lifting the trophy in South Africa and Kiev, not heading home early from Brazil.

Twelve players have made their debuts since then but it’s not proving easy to throw off the last World Cup. It’s also not yet sure where the “transition” is heading and whether the fans will go there with them. On Friday night, Spain beat Ukraine 1-0 at the Sanchez Pizjuan. There were 20,000 empty seats.

The goal came from Alvaro Morata. “Morata is the future of the national team,” said Santi Cazorla afterwards. (And with Diego Costa pulling out again, and yet to do anything of any note for Spain, that appears even more likely). That was the good news; the bad news was that while Spain dominated the first half and could have scored more, the second saw them struggle, producing just one shot on target and coming under increasing pressure. “We lost control. The second half left a bad taste in the mouth,” Del Bosque admitted.

Defeat would have meant that even with the new pretty-much-everyone-big-will-get-there format, qualification might have been doubtful. Instead, Spain are still on course, sitting in second place. Not that the fans or the media will settle for that. And nor will Del Bosque. “If we think it’s just routine, we’ll suffer,” he warned.

“Irresponsible, reckless and damaging Spanish football.” That’s how the president of the Spanish league, Javier Tebas, described Angel Maria Villar, the president of the Spanish Football Federation, when he failed to turn up for a meeting with the league, the federation, the minister of culture and the secretary of state for sport which was designed to help pave the way for a law that would impose a collective TV deal. Afterwards, the league’s president insisted that the “immense majority” of clubs “do not feel represented” by the Federation and threatened that they would walk out on Villar.

The LFP, the Spanish league, has been threatening to stop football if the government does not pass a law imposing a collective structure on the sale of TV rights from 2016 onwards. The league’s president had complained that the government was stalling and threatened a “strike” which is not actually a strike at all but a lock-out (but avoided the obvious question: why does a collective deal even need to be enshrined by law? Unless, of course, the talk of consensus and agreement among clubs was not entirely true.)

A meeting had been called to end the stalemate last week, but the president of the Federation, who claimed to have only been told three hours before and who apparently had not seen a draft of the new law unlike the other men die to attend, a law that would see the Federation take a smaller cut, failed to show up. Reports suggested that he thought he would be walking into an ambush, so he didn’t go at all. Without his signature, there can be no agreement.

So Tebas exploded. “There’s more than 300m euros at stake here,” he insisted. “Some clubs’ survival depends on this.” He has formally requested that the government reprimand Villar, who has been in his post for almost 30 years. “We want an immediate rectification,” he insisted. “My hair stands on end when I think about who is in charge of Spanish football.”

The Copa del Rey Final will be played in Barcelona after the annual pantomime over the venue finally came to an end that didn’t entirely satisfy anyone.  For the third time in six years, Athletic Bilbao and  Barcelona meet in the Final, and they will do so in the third different stadium in a third different city.

Both clubs wanted to play at the Santiago Bernabeu — easily the biggest neutral stadium available and roughly as reachable for both sets of fans — but Real Madrid would not allow their stadium to be used to host their rivals and the clubs could not agree on an alternative so it eventually went to a vote at the Federation, with the Cartuja and the Benito Villamarin (both in Seville) and Valencia’s Mestalla among the candidates. The two finalists put up their own grounds too: San Mames in Bilbao and the Camp Nou in Barcelona.

It was the Camp Nou that won out in the end. Barcelona are at home, but as the older club Athletic Bilbao are the “home” team and will, in theory, occupy the home dressing room.

On international weekend, the biggest crowd in Spain was in Spain’s 80-team, four-group, third tier Segunda Division B, where over 17,000 fans watched Real Oviedo draw 0-0 with Langreo on the club’s 89th birthday. Outside the ground, fans gathered in the afternoon sun in the hours before the game to celebrate their birthday with food, drink and music.

Relegated from the first division in 2001, rescued from going out of business by supporters in 2003 and 2012, and now with the backing of Carlos Slim’s Carso group, Oviedo are closer to a return than ever before. They top their group by eight points and play second-placed Murcia this coming weekend. Winning the league is no guarantee of promotion to the second division, though: there will be play-offs at the end of the regular season.