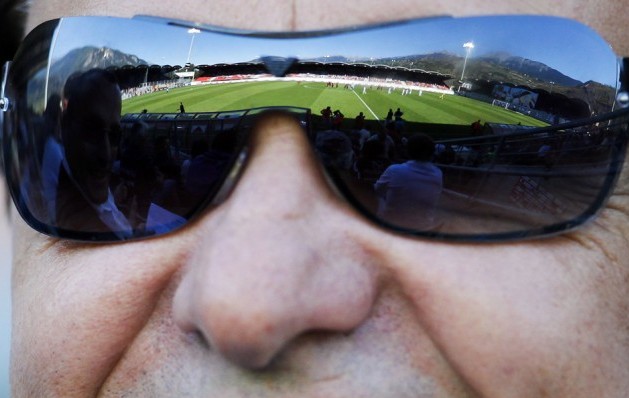 The Swiss Super League club Sion have adopted a novel form of crowd control this season.

In what may come to be seen as either an act of genius or stupidity, the club has launched a charm offensive towards visiting fans and at its heart is a local cheese.

Before the match against St Gallen in July, Sion sent out a press release: “Valais has a reputation for acceptance and friendliness. We want to honour this image and make a step in your direction, in the spirit of sport and fair play.”

As a result, visiting fans were not only offered free tickets but were also provided with gourmet food. Last Sunday about 600 supporters of Luzern feasted on the Alpine dish of grilled raclette cheese with pickles, and drank local wines.

Sion’s president and somewhat eccentric owner, Christian Constantin, was the man behind the idea, which so far, has not brought about the intended results..

Both St Gallen’s and Luzern’s supporters set off flares, while Basel’s fans went even further. About 1,000 of them collected 10 Swiss francs per head – roughly the entrance fee they had been spared – and gave them back to Constantin.

“We won’t allow ourselves to be bought,” read their flyer.

If the scheme fails, Constantin has already decided what he will do next.

“And if it doesn’t work out, then I’ll close the away stand after the winter break,” he said.