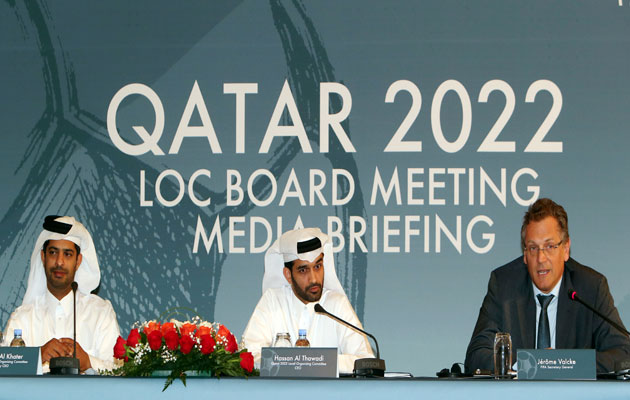 Spanish league chief Javier Tebas has rekindled the controversy over FIFA’s decision to switch the 2022 World Cup to winter.

Tebas has posed the question: what will happen to the hundreds of players left at home in mid-season when Qatar stages the World Cup.

“I’m happy it’s going to take place in Qatar but we don’t like the change of date,” Tebas told delegates at the Soccerex global forum in Manchester.

“All the stadiums and training pitches will have air-con but this change of date (from summer) is very damaging.”

“We are going to be two and half months with the leagues paralysed. That’s not good for TV rights or sponsors.”

With the leading clubs providing the bulk of the World Cup players, Tebas is concerned about the hundreds of players who will be at a loose end during the middle of the season.

“What about the players who don’t go? In Spain’s top division we have around 550 players. What happens to the majority of those? Two months not doing anything. Do we send them on holiday? Do we keep them training? What do we do?” said Tebas.

“I told (UEFA president) Michel Platini it would be like an ice-cream factory. Ice creams are always sold in summer. If you only sell them in winter you don’t earn any money.”