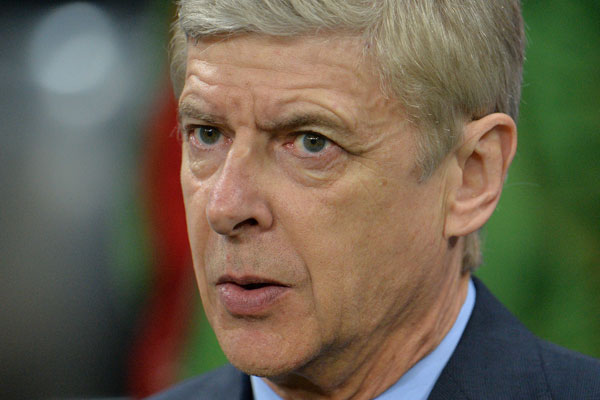 Arsene Wenger will become just the fourth manager, after Sir Matt Busby, Dario Gradi and Sir Alex Ferguson to be in charge of a club for 1000 games, when Arsenal take on Chelsea in the Premier League on Saturday.

Fittingly, Ferguson, whose personal rivalry with Wenger came to define the Premier League era, has delivered a glowing tribute to his former foe.

“I congratulate Arsène in reaching this momentous landmark,” Ferguson said.

“Having also reached the same milestone at one club, I cannot emphasise enough the level of dedication, resilience as well as sacrifice required and for that I have for the utmost admiration.

“Over the years we enjoyed some fantastic battles and you could say we had survived together and respected each other’s efforts to play good football. I always enjoy watching Arsène’s sides – Arsenal play the right way.

“Playing against them always presented special challenges that I burned many hours over the years thinking about. He has always been a conscientious member of our trade who makes it his business to help other managers.

“Perhaps the biggest compliment I could give Arsène is that I could never be anything other than competitive with my rival for 17 years,” he said in a League Managers Association statement.

It is unlikely that Jose Mourinho, whose feud with Wenger has been well-documented, will be quite so effusive when the pair shake hands before Saturday’s match.

To mark Wenger’s longevity, I shall point you in the direction of Barriesview.com, a website dedicated to every match Arsenal have played under the Frenchman.

As well as listing each of the 999 games played, there are some statistical nuggets to be found, such as the team he has most beaten most often (Everton 26), the team he has lost to most frequently (Manchester United 23) and the two teams who have always scored against Wenger’s Arsenal (Barcelona and somewhat surprisingly, Norwich – both on 7 occasions).

This must have started as a labour of love for the compiler and although 9 trophy-less years may well have dimmed that ardour, he has persevered to produce an impressive compendium of Wenger’s career at Arsenal.