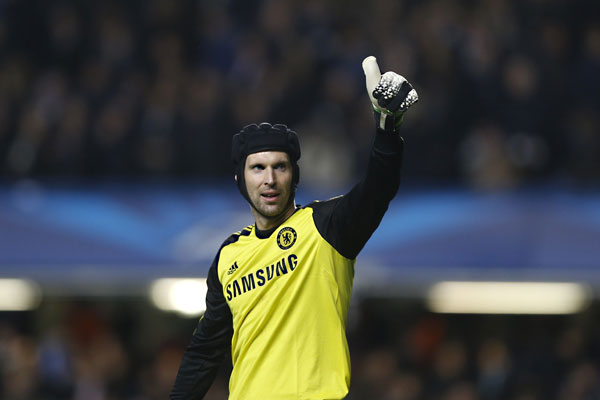 With his appearance in Chelsea’s 2-0 win at home to Galatasaray, goalkeeper Petr Cech became the 19th player to appear in 100 Champions League games.

It’s an illustrious list of European football’s elite performers over the past 20 years. Cech is one of four goalkeepers on the list alongside, Real Madrid’s Iker Casillas, Barcelona’s Victor Valdes and Bayern Munich’s Oliver Kahn.

Aside from Kahn, the others are all still active and must stand a reasonable chance of one day topping the list. Casillas, with 134 appearances, is just 8 behind all-time leader Raul and provided he stays fit, looks well placed to eclipse his former team-mate within the next 12 months.

Cech has been a phenomenally consistent performer for Chelsea since he arrived at Stamford Bridge in 2004, and was instrumental in his side’s Champions League success in 2012 – a triumph he wrote about in some detail.

Here are some of Cech’s highlights from that season.