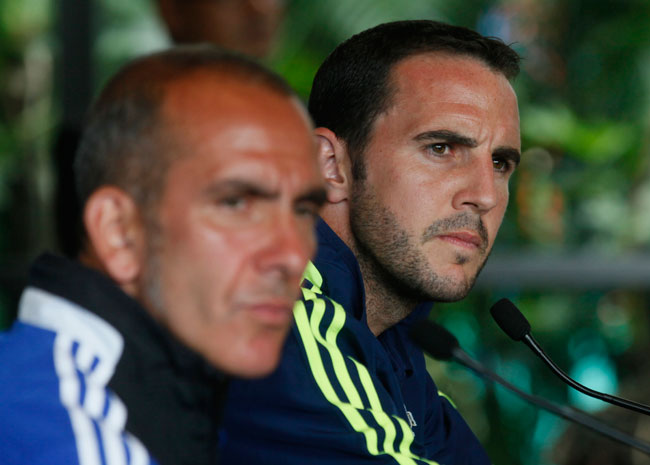 The Italian, who left Sunderland after just 13 games in charge with the club bottom of the Premier League, launched a scathing attack on a group of his former charges over the weekend, labellng Phil Bardsley and Lee Cattermole as “rotten” and captain John O’Shea as “two-faced”.

Sunderland have been quick to express disappointment at the remarks and hinted that legal action could follow.

“Sunderland AFC would like to express its disappointment in relation to the disparaging comments made recently by Paolo Di Canio, regarding the club and its players,” a statement on Sunderland’s official website read. “The club is immensely proud of its players for the dignified and restrained manner in which they have conducted themselves publicly since Mr. Di Canio’s departure, and it is particularly disappointing to read such comments when there are legal obligations in place to ensure such behaviour does not occur. The club is now considering its position with its legal representatives.

“Having reached a cup final for the first time in 22 years, whilst also enjoying a run of only one loss in 12 games, we want to focus on what is a positive time for the football club and we would hope it is possible to draw a line under this matter quickly and that there will be no repetition,” the statement continued. “Neither the club, head coach Gus Poyet nor the players will be making any further comment on the situation. We are looking forward, not back and are focusing on the vital games we have ahead of us.”

Both Cattermole and Bardsley have been rehabilitated under new manager Gus Poyet, but according to Di Canio, they were the most unprofessional players he had worked with.

“Those two players [Cattermole and Bardsley] were rotten,” Di Canio said. “The most unprofessional players I ever worked with. What Bardsley has done in the last year speaks volumes. Photos of him lying on the floor in a casino covered by £50 notes and laughing at the team losing on the opening day, that’s public. It’s no surprise these players were kicked out of my plans. The reason Sunderland stayed up at the end of last season was because Cattermole was injured and Bardsley played very little.”

“I don’t like people who, when they speak to you, don’t look into your eyes,” said the Italian. “He [O’Shea] should say sorry to some of his team-mates for the many times he came into my office to say something unfavourable about them. This is the same person that also came to me when I first took over and said things about [Martin] O’Neill.”

I wonder if the irony of him denouncing his former captain for speaking unfavourably about a former manager is lost on Di Canio? Probably.