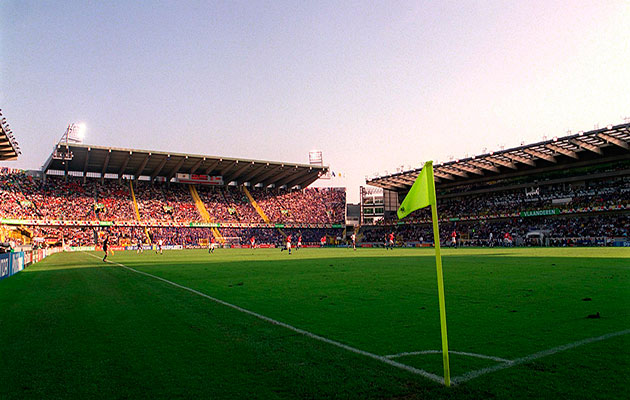 Napoli fans will not be allowed to attend Thursday’s Europa League game at Club Brugge, the Belgian club have confirmed.

The Belgian capital Brussels is in lockdown amid fears of a terrorist attack after the government warned of a “serious and imminent” threat.

Belgian Pro League matches between Lokeren and Anderlecht and Mouscron-Peruwelz and Sporting Charleroi were postponed at the weekend and Anderlecht fans have been banned from travelling from Belgium to France for the Europa Leage encounter against Monaco.

Bruges is just over an hour outside Brussels and the city’s mayor has decided no away supporters will be allowed to attend and that no further tickets will be sold for the game at the Jan Breydel Stadion.

A statement on Club Brugge’s website read: “This afternoon, the mayor of Bruges has decided that no visiting supporters will be allowed in the stands for Club-Napoli on Thursday night.

“It was further decided that no more tickets will be sold for this fixture.”