Ahead of the game with Real Madrid Juventus asked their supporters across the club’s social networking platforms to tell them exactly what they’d be prepared to do if they reached this season’s final, using #IfWeGetToTheFinal for our international fans and #SeAndiamoInFinale for Italian supporters.

Fans responded in their thousands with a variety of suggestions (tattoos, fancy haircuts, marriage proposals – you name it…) but, once a place in the final was confirmed after the second leg in Madrid, Juve contacted the users, asking if they were willing to follow up with their pledges.

One in particular caught the eye: Nicolò, who said he would be prepared to walk from Turin to Berlin for a ticket to see his beloved Juventus play on the greatest stage of all. The club therefore threw down the gauntlet to him: one ticket for completion of the journey, a trek of over 1,100km. He promptly accepted. 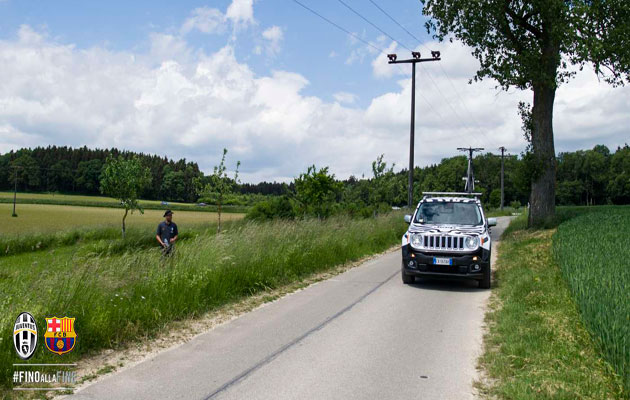 Due to time constraints, he’s been allowed to use a bicycle and Juventus let him travel a maximum of 20km in a Jeep through the most hazardous parts of the journey.

All his movements are being documented in a daily video diary (see below), while he is also enjoying dialogue with Juventus through his own Twitter and Instagram accounts.