Tim Vickery’s Notes from Brazil: All eyes on Sao Paulo as 2015 Libertadores groups kick off

All eyes on Sao Paulo as Libertadores Cup groups kick off

Mums step in to tackle hooligans

1) Fireworks in store as Libertadores Cup groups kick off

Wednesday is supposed to be a day of rest in Brazil, when an exhausted population gently recovers from the excesses of Carnaval.  But there is little chance of calm in the country’s biggest city, where the 2015 Libertadores Cup gets off with a bang; Corinthians are at home to Sao Paulo.
This is local rivalry on a continental scale. Both are among the favourites for the title. Corinthians, with the return of Tite, the outstanding Brazilian coach of his generation, came up with some impressive moments in their 5-1 aggregate win over Colombia’s Once Caldas in the qualifying round.  Sao Paulo may have lost Kaka. But they still have a deep, strong squad, strengthened by the acquisitions of centre back Doria and Argentine striker Ricardo Centurion.
It is a high octane first week match in an especially intriguing version of the Libertadores. The field looks strong, with no debutants and 12 former champions. All of the eight groups contain at least one ex-champion – and three are clustered in Group 2, where Corinthians and Sao Paulo are joined by last year’s winners, San Lorenzo of Argentina, who will do well to avoid a first round elimination.
In this year when Brazilian clubs are looking to bounce back from the astonishing failure of the 2014 Libertadores, two more clubs are also in action in the first week.There is another clash of former champions when Atletico Mineiro visit the dangerous Colo Colo of Chile. And Internacional have the dreaded climb up the Andes to face The Strongest of Bolivia at the altitude of La Paz. The Bolivians competently dealt with Morelia of Mexico in the qualifying round, and in the trying conditions Inter would probably be happy with a draw. These, then, are three fascinating first week matches – but there is no doubt that the Corinthians-Sao Paulo clash will attract most attention.

2) Mums step in to tackle hooligans 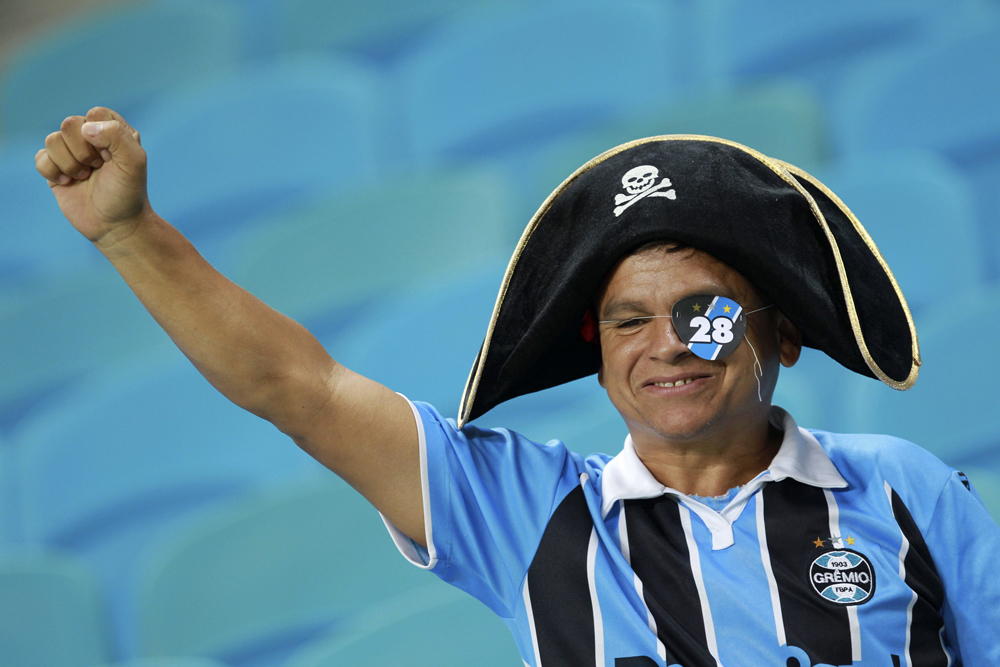 There is an obvious concern about fan violence at the Sao Paulo derby, especially after the war zone scenes from the recent Sao Paulo State Championship match between Palmeiras and Corinthians, the theme of last week’s column.
This is a problem all over Brazil – but there are some interesting schemes around trying to deal with the situation. Last week’s Recife derby between Sport and Nautico is a case in point; Sport sprang a surprise with the composition of the force providing security inside the stadium, which included 30 mothers of hardcore Sport fans.
This is part of a campaign that Sport have launched in combination with an advertising agency.  Last year they came up with a highly successful drive to ‘donate your organs to a fellow Sport fan and become an immortal supporter.’ The use of the mothers as match security also seems to have ticked all the right boxes. The rationale behind the campaign is that potential thugs will be embarrassed and ashamed to fight in the presence of their mothers. There was not a single arrest in the stadium.
So there was success up in Recife in the North East, and there are hopes of success for an interesting project down South in Porto Alegre, where the rivalry between Internacional and Gremio is widely seen as the fiercest in the country.
The next derby, in the local state championship, will take place in the Beira-Rio stadium of Internacional on March 1. Most of the ground, of course, will be filled by red-shirted Inter fans, with the light blue ranks of Gremio at one end. But there will also be part of the stadium where the fans will be mixed.  The idea is that Inter fans invite a Gremio supporting friend or family member to watch the match alongside them. Inter director Alexandre Limeira was inspired by the atmosphere of the World Cup.  Beira-Rio staged four matches last year, and Limeira was struck by the absence of violence. He has come up with an interesting slogan; “the World Cup did not just pass through Porto Alegre,” he says.  “The World Cup has stayed here.” Clearly the rivalry between two local club sides is likely to be much more incendiary than that between two national teams from far away, but the point remain Limeira’s scheme is bold and forward thinking and deserves to succeed.