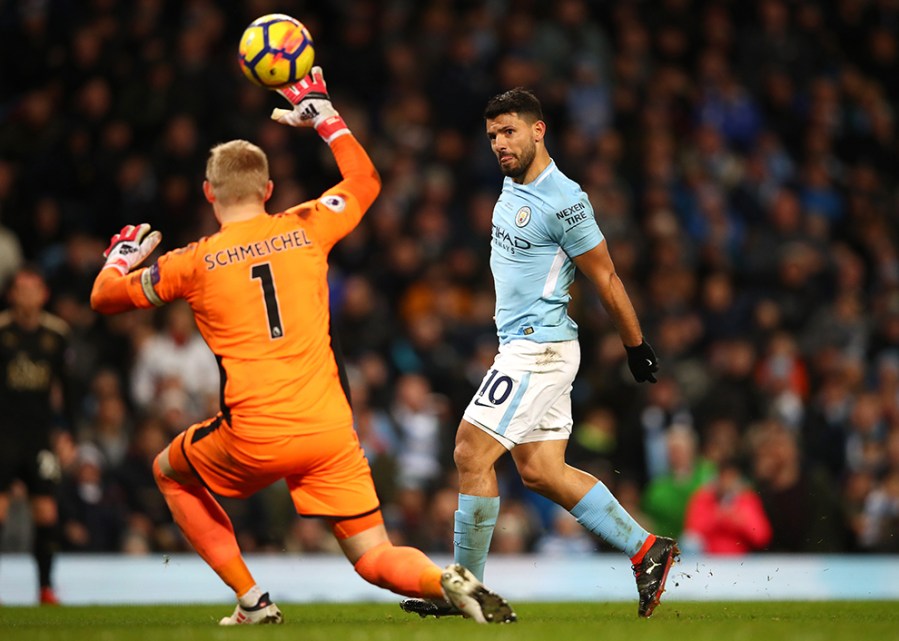 Argentina coach Jorge Sampaoli recently said that he had been talking to Lionel Messi about making sure that he has gas left in the tank for Russia 2018, “and that the same thing doesn’t happen as took place in the last World Cup, when he turned up extremely exhausted.”

It is an understandable concern. And it is one that also surely applies to his centre forward.

The hidden statistic of Argentina’s deeply troubled qualification campaign was that Messi and Sergio Aguero started just two games together – both victories.

The pair have a firm friendship that goes back all the way to the triumphant 2005 Under-20 World Cup campaign in the Netherlands, when they roomed together. At senior level their natural understanding has occasionally flickered – but there has always been a feeling that the best was yet to come.

A key problem has clearly been Aguero’s level of fitness come the end of season tournaments. Only two players – Messi and Gabriel Batistuta – have scored more goals for Argentina. But, with the possible exception of the Chile Copa America in 2015, he has usually looked drained and short of sharpness in the big tournaments.

This should be a current concern. Those four second-half goals against Leicester City show that he is in cracking form. And after an uncertain run in the national team, he appears to have made the centre forward position his own with fine displays and goals in both of the November friendlies.

But Manchester City boss Pep Guardiola confesses that Aguero is being over-played. With the injuries to the club’s other attackers – and especially Gabriel Jesus – Aguero is being pressed into service more often than might be advisable. And with City in the hunt for so many titles, there is no sign of the pace slackening off. There must, then, be serious doubts about his capacity to maintain the current level of play all the way through to June, and surely the last World Cup of his career.

Who are the options for Argentina? Sampaoli first went with Mauro Icardi, a move that was not a conspicuous success. And though Gonzalo Higuain has been left out of recent squads, Sampaoli made a point of meeting him during his recent trip to Europe.  Frequently seen as the villain of the piece for missing chances in all three of Argentina’s 2014-6 finals, Higuain probably remains the best back up.

The list of home based candidates was headed by Dario Benedetto of Boca Juniors.  But he picked up a long term injury and would seem to have little or no chance of getting back into contention.  Lucas Pratto was briefly used, under a previous coach, during the qualification campaign – and has swapped Brazilian football for Buenos Aires giants River Plate in a bid to give himself more visibility.  But he would seem unlikely to trouble top class defences, and would not appear to be a natural partner for Messi.

And now he has ended his self-declared holiday in China and returned once more to Boca Juniors, the local media have been boosting the claims of Carlos Tevez. But there are obvious problem here. It may well be the case that Tevez, the so-called “player of the people”, has always found it difficult to deal with the undoubted superiority of Messi. Over the years it has proved astonishingly hard to integrate Tevez into the national team – 13 goals in 76 games is a record that does not even count as mediocre for a player who sees himself as a centre-forward.

And there is another problem. Tevez is now 34. He was never the quickest – and after an unsuccessful brief experiment up front, Boca have dropped him deeper, operating off the centre forward – and that is Messi’s position. Sampaoli was at the Bonbonera stadium on Sunday to watch Tevez in action against Temperley. But other than a missed penalty, Tevez did little of note in a laboured 1-0 win.

Young Racing striker Lautaro Martinez has made a fine start to the season, and seems to have an eye for a goal and a touch of class about him. But if he does make the plane to Russia, it will surely be as an option, with half an eye on the future rather than as Argentina’s first choice centre-forward.

Jorge Sampaoli’s best bet, then, is so sit tight and hope Sergio Aguero is still firing on all cylinders come the end of the club campaign.