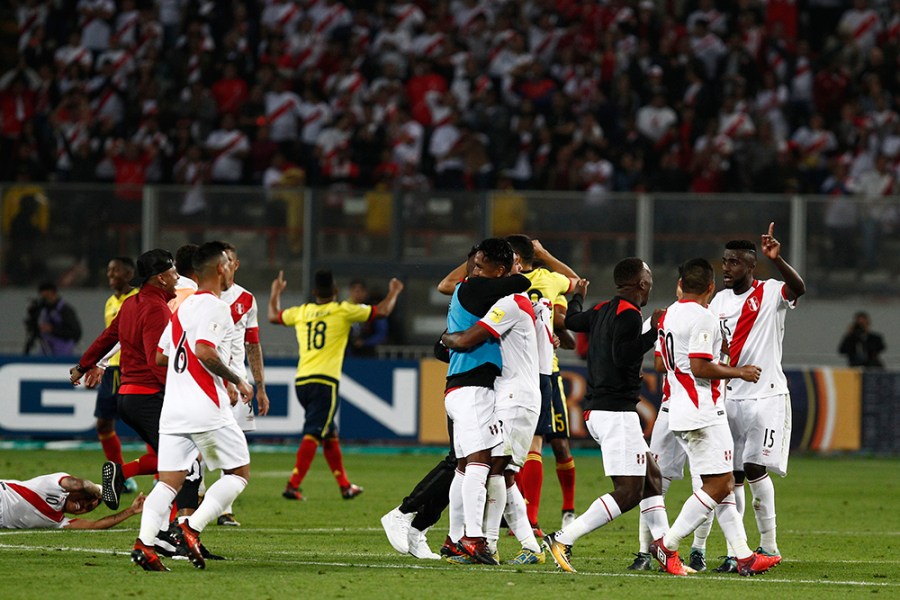 Peru are in a category of their own. Their thoughts are exclusively short term – getting past New Zealand in next month’s play-off and reaching the World Cup for the first time since 1982. So seriously is this being taken that the country’s first division has shut down until the fate of the national team has been resolved.

The quartet that finished above Peru in the qualification table are now looking nine months away.  Everything is now geared towards preparation for Russia 2018. In the case of Brazil, it means trying to ensure they have not peaked too soon. Uruguay will hope to give continuity to the signs of promise they showed in the final three rounds, with held out the hope of a new, dynamic and talented midfield capable of protecting the defence and linking up with the attack. Colombia and especially Argentina have lots of hard work to do, defining an identity and whipping a side into shape after campaigns in which both fell well short of potential.

The continent’s other five teams are forced to think long term. They may be in demand in the next few FIFA dates to provide sparring partners for teams who have qualified. But as a result of missing out on Russia, they do not have any more competitive fixtures until the Copa America in mid-2019.

This means that the elimination of Chile marks the end of an era.  Almost all of the key members of the team came through the Under-20 World Cup of 2007. The most victorious generation in Chile’s history – frankly, the only victorious generation in Chile’s history – have now reached the end of the line.  Chile could now pay the price for a lack of attention to the Under-20 level in recent years.  It is very hard to see where they might find successors to the likes of Alexis Sanchez, Arturo Vidal, Jorge Valdivia and company.  There is not much comfort to be found in the history of many of their neighbours.  Many South American nations have spontaneously thrown up a golden generation and then declined ; think Peru in the 70s, Bolivia in 1994 or the Colombia side of the late 80s and early 90s.

Paraguay have much to lament. A win at home to bottom of the table Venezuela would have sealed their place in Russia. It was not to be – and the record shows their problems winning at home, highlighting a lack of creativity and elaboration. They can build their future hopes on some interesting young players – Miguel Almiron, Tony Sanabria and Oscar Romero. And their legendary resilience always gives them a chance.

Ecuador ended the campaign as victims of their early success. After winning their first four games, form dropped off alarmingly as key players got injured or lost form. They finished up playing in a toxic atmosphere, and threw away any remaining chance of qualifying when they needlessly sacked their coach before the last two rounds. They have a model of play and some interesting youngsters, but will struggle to replace the likes of Antonio Valencia, Cristian Noboa and Jefferson Montero.

There have been some good signs in recent years from Bolivian club football.  But this has yet to filter through to the national team, who, away from the altitude of La Paz, look well short of the quality needed to pick up enough points to get themselves to Qatar in 2022.

But the same cannot be said of Venezuela, still the only South American team not to have played in a World Cup. They briefly threatened to make their debut in 2014, before falling away. The current campaign never got off the ground. Coach Noel Sanvincente was ludicrously ambitious with his planning, seeking to take the initiative despite a gaping lack of defensive speed and quality.

It was a different story, through, at the campaign’s end. first, Venezuela went all the way to the final of the World Under-20 Cup in June, where they were narrowly beaten by England. Many of these players have already been fast-tracked into the senior side, especially outstanding keeper Wuilker Farinez and midfield dynamo Yangel Herrera. Then, they ended the campaign in fine style. In this season’s four matches they drew with Colombia, Argentina and Uruguay – all teams who are going to Russia – and then deprived Paraguay of a place with that 1-0 win in Asuncion. In four games against quality opposition, Venezuela conceded just one goal.  Before, said coach Rafael Dudamel, “every time the opposition got close to our goal it was a case of total panic, and now it’s one of solidity and reliability, a defence with quality.” And one that he trusts will give the platform for Venezuela to make their World Cup debut in 2022.