The draw for the eight-team 2017 Confederations Cup in Russia next summer took place last weekend in Kazan. The world champions were drawn in a first-round group with Chile, Australia and the champions of Africa; host cities will be Moscow, St Petersburg, Sochi and Kazan..

Before the draw Germany coach Joachim Low warned that he would not bring his strongest team because senior player needed a summer break between the 2016 European Championship and 2018 World Cup.

The DFB was also irritated that FIFA is not prepared to foot the full costs of the competing nations. 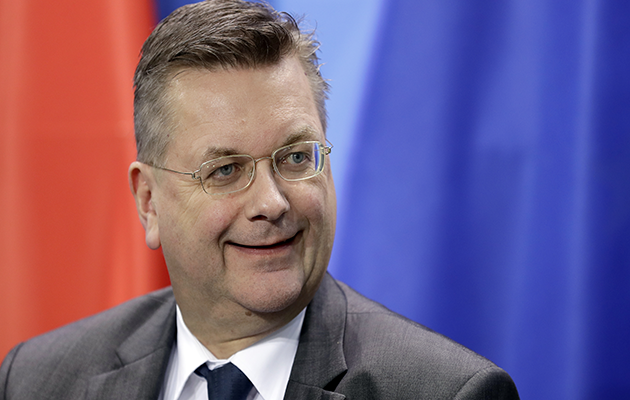 Reinhard Grindel believes that clubs complaining about the Confederations Cup will hasten its downfall.

Grindel said: “We will make it clear to the FIFA secretary-general [Fatma Samoura] that we expect FIFA to pay for the entire delegation. That means the team plus the team behind the team and the delegation, approximately 60 people.

“It cannot be right that we have to pay towards this. FIFA is devaluing the competition itself with this stance and I am sorry for the Russian hosts who can do nothing about it.

“We have such a wide range of good players that we can definitely send a competitive team. But I strongly support Joachim Löw’s views on allowing the most pressured players a summer of rest and recuperation.

“We also have to consider the squad we send to the European under-21 championship in Poland, because this is an important tournament for us and we want to put out a strong team.”

Grindel then turned his critical focus on the Confederation Cup in general.

He said: “I think the competition has outlived its usefulness. FIFA should think about the format. It would be a good signal to the top clubs in Europe – who rightly warn of too high a burden on their players – to say ‘we will scrap a competition.’”

Grindel dismissed the idea that competing teams gained valuable local knowledge ahead of the World Cup a year later.

He said: “Our preparations for a World Cup are so detailed that it is not necessary to know about a particular stadium and a region at which, in any case, we may not play during the tournament. It’s become superfluous.”