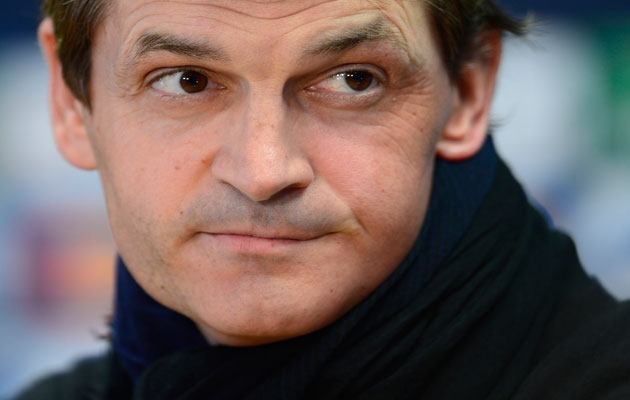 Vilanova had a tumour removed from his throat in November 2011 before suffering a relapse in December 2012.

“FC Barcelona is sad to inform that Francesc ‘Tito’ Vilanova Bayo has passed away today at the age of 45,” Barcelona said in a statement.

“The death of our former coach came about this afternoon after he could not overcome the illness he had been fighting since 2011.

“The club wishes to express its deep condolences to his family, with whom we share this painful moment along with the club members, fans and the whole world of football and sport.”

Vilanova took over from Pep Guardiola and managed Barcelona for one season. The coach was forced to take two months out during the campaign in order to fly to New York for treatment, with Jordi Roura taking charge during that time. He returned to the helm to guide the Catalan club to La Liga title.

He stepped down as Barca boss last July to continue his treatment, with Gerardo Martino taking charge.

Josep Maria Bartomeu, the president of Barcelona, expressed his condolences on Twitter:

Tito Vilanova was a wonderful person, and will never be forgotten at FC Barcelona. Thank you for everything you taught us. Rest in peace