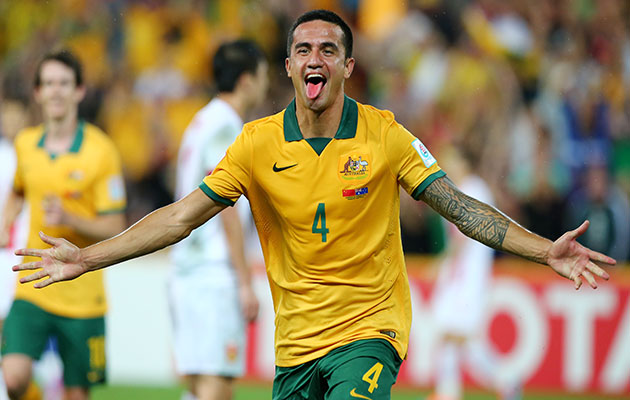 Tim Cahill has beeb told that he has no future at Chinese Super League club Shanghai Shenua.

The decision to terminate Cahill’s contract comes despite him signing an extension just last November.

Cahill revealed the news in an Instagram post, saying he had been told by the club’s new head coach Gregorio Manzano he was not part of his future plans.

“This is very sad especially after what I feel I have helped to build in Shanghai Shenhua on and off the park,” Cahill said on his Instagram account.

“Just thinking about saying goodbye to my team-mates and especially the amazing fans is heartbreaking.

“Regardless of whether my contract is being honoured and paid out in full, I would much rather have seen it out and finished what we started.

“I will always think about what could have been for us as a club in 2016. I will be able to share more information in the next 48 hours once the final details have been completed.”

Cahill had originally agreed to play on for one more season after signing a contract extension just three months ago, but the 36-year-old has now been deemed surplus to requirements.

Cahill, Australia’s all-time leading goalscorer, with 45 goals in 88 appearance, has been linked with a move to the A-League, with both Sydney FC and the Western Sydney Wanderers reported to be interested in his services.

Although born and brought up in Australia Cahill has never played professionally in the country. Afetr leaving his homeland as a teenager he secured a deal with Millwall, before enjoying eight years at Premier League club Everton.

His spell with the Toffees was followed by three years with New York Red Bulls in the MLS, before joining Shanghai Shenhua in 2015.