Tottenham chairman Daniel Levy has revealed that he hopes the club’s new stadium will one day play host to a London-based NFL franchise.

As part of the club’s new stadium (the Northumberland Development Project), the area around White Hart Lane is undergoing extensive redevelopment as Tottenham build a new 61,000-seater venue.

The new venue, Levy has confirmed, will include provisions for American football such as a retractable grass pitch with a synthetic playing surface. A 10-year partnership is already in place which will see two NFL matches a year hosted at Tottenham’s new stadium, which is scheduled to open for the start of the 2018-19 season.

Wembley has staged one-off NFL matches since 2007 and the success of that venture has prompted talk of a permanent London Franchise. 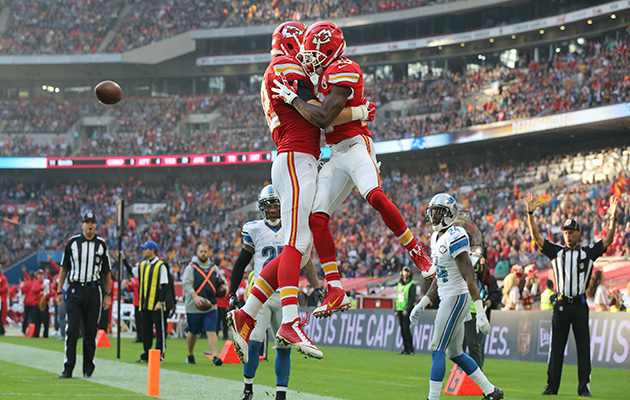 Wembley stadium has played host to NFL matches since 2007.

“We would welcome very much close co-operation with the NFL and a dedicated team,” Levy said in an interview with ESPN. “Obviously a decision is entirely theirs whether they do bring a team to the UK, and where it would be located is something that would be talked about, but yes, we would very much welcome that scenario.

“We worked together [on the design]because it needed to be viewed as a combined joint soccer and NFL stadium. In fact, the way we designed the whole experience is one side of the stadium is a dedicated soccer entrance and the other side is a dedicated NFL entrance.

“If it ever got to a stage where the NFL decided it wanted to have a permanent team in London, this stadium could literally be – whatever the team was – their stadium as opposed to an NFL team feeling they’re renting Tottenham’s stadium.”

There has even been talk of one venue  hosting both a Premier League and NFL match on the same day.

NFL executive Mark Waller said: “It wouldn’t be absolutely out of the question. I don’t think you’d want to do it on a regular basis, but as a unique feature, that might be a really interesting idea.”

However, Levy acknowledges that by merely buidling a stadium that could host an NFL franchise, there is no guarantee that such a team will ever exist.

“Clearly we wouldn’t both be putting all this into this stadium if there wasn’t the prospect of one day a team eventually coming to London, but there are certainly no guarantees that a) a team comes to London and b) they have to use our stadium,” he said.