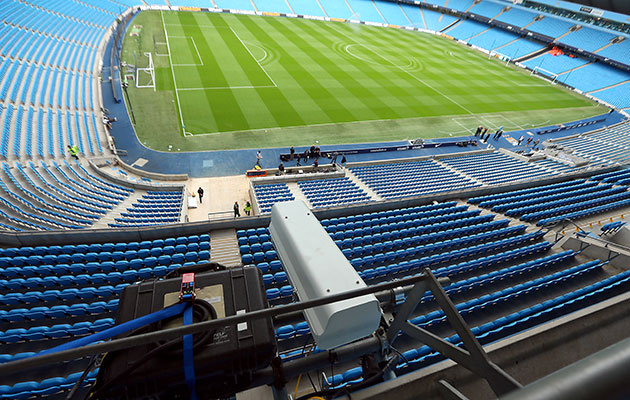 UEFA has begun the process of stepping into a Michel Platini-free era after the executive committee approved the use goal-line technology (GLT) at Euro 2016 and in next season’s Champions League.

The decision is a breakthrough for the European federation which had been the only one of the world’s regional bodies wedded to the concept of the five-referee system favoured by its now-banned president.

Platini remains president of UEFA while he fights through the sports courts to clear his name after being barred for eight years and fined for financial misconduct last month by the ethics committee of world governing body FIFA.

He had been an implacable opponent of the introduction of any sort of technology into football but had conceded the right to a study by UEFA after GLT’s successful introduction at the 2014 World Cup and by several major European leagues.

UEFA’s refereeing supremo, Italian Pierluigi Collina, came down in favour of using GLT at the forthcoming European Championship finals in France in June and July and his recommendation was endorsed by the executive committee, meeting in Nyon, east of Geneva.

A statement said: “The use of goal-line technology was approved for the final tournament of UEFA Euro 2016 in France, as well as for the 2016-17 UEFA Champions League from the play-offs onwards.

“The system will work alongside additional assistant referees who will continue to monitor all activity in and around the penalty area. The goal-line technology system supplier will be announced in due course.”

Further discussion will focus on whether to implement goal-line technology in the UEFA Europa League, from the group stage onwards, in 2017-18.

UEFA will run GLT in conjunction with the additional assistant referees system which, Collina noted, had “worked very well and provided clear benefits.”

In his report to the exco he said: “The AARs are responsible for monitoring everything that is happening in the penalty area overall. Of course [they] do their best relating to goal-line decisions as well, and what we have noticed is that in order to be prepared to judge goal-line incidents, they need to focus on the goal line before the ball arrives . . . they can miss something occurring at the same time in another place in the area.

“This may reduce the effectiveness of the assistance they are expected to offer the referee.

“With goal-line technology, the additional assistants are released from this demanding task, and can focus exclusively on the control of other incidents on the field.”