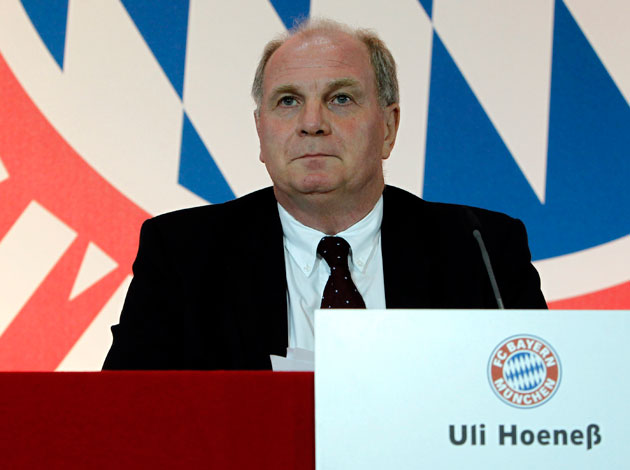 Bayern Munich president Uli Hoeness believes the reigning German and European champions are currently the best club side in the world.

The Allianz Arena outfit won a historic treble last season and yet under new coach Pep Guardiola, who has led the Bavarian outfit to the UEFA Super Cup and Club World Cup since succeeding Jupp Heynckes at the helm last summer, they appear to have become an even stronger outfit.

Hoeness, never slow to blow the Bayern trumpet, told Bild: “I maintain that, at the moment, FC Bayern are the best club in the world.

“I will be not so arrogant to say we are unbeatable, but we are well positioned. The coach is to thank for that.”

Bayern currently holds a seven-point lead at the top of the Bundesliga, with a game in hand when the league resumes from its winter break this week.

As a result, Hoeness sees no need to strengthen the current squad but  believes money should be set aside for future purchases.

“My dream is that we win 40 million euro or 50 million euro,” he said. “We now have the chance to fill the war chest for times in which we must respond. You must not necessarily strengthen the squad now.”

The 62-year-old also confirmed that the future looks bright financially, as the club nears the purchase of the Allianz Arena.

“In five, six, or seven years, the debt of the stadium is zero,” he said. “Then, one of the most beautiful stadiums in the world will belong to us alone, even though we will still have a lodger.”

For the rest of Germany, and indeed Europe, the growing Bayern empire is an increasingly terrifying prospect.