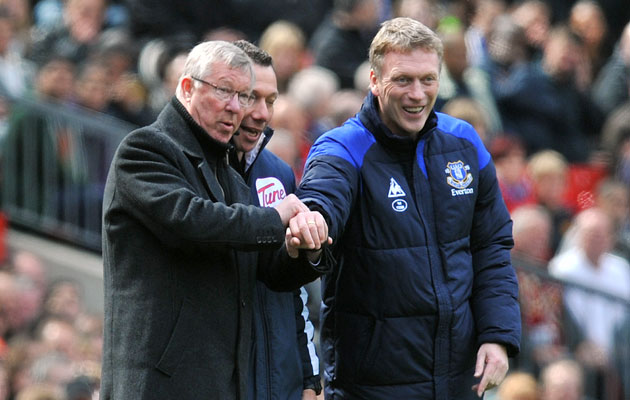 Sir Alex Ferguson has produced an updated edition of his autobiography, in which he discusses the the David Moyes tumultuous 9-month reign as his successor at Manchester United.

Moyes inherited a Manchester United team that won the Premier League by an 11-point margin the previous year, but left the club within a season with the club languishing seventh in the table.

Fingers have been pointed at Ferguson for his failure to renew what was an ageing, injury-prone side, but Ferguson, inevitably, has dismissed the suggestion.

Apparently, Moyes “hadn’t realised just how big United is as a club.”

So it was Moyes’ fault.

But surely, a club of United’s resources and stature would have carried out a thorough vetting process when it came to appointing their next manager. Certainly, that’s how Ferguson explains the ‘process’.

“There appears to be an accepted view out there that there was no process,” he said. “Nonsense. We feel we did everything the right way: quietly, thoroughly, professionally.”

So it was the board’s fault.

A further criticism was that the side which Ferguson took to the Premier League title in 2013, was on the wane. Again, the former manager is having none of it.

“It was a rough season for a United fan and it was tough for me because I knew there were plenty of good players in our squad,” he said. “They weren’t showing their form – and that seemed to place a huge weight on David’s shoulders.”

So it was the players fault.

Ferguson was also accused of leaving an obsolescent structure behind.

“Antiquated was a bizarre description of the structure I left behind at Manchester United,” he scoffs. “Have you seen our new training ground?”.

Another criticism levelled at Ferguson is that he failed to plan for the future.

“Chelsea started the current season as favorites for the title, with a squad that also had six players in their 30s,” he responds. “I don’t hear any grumbles about the age of their group.”

Clearly not Ferguson’s fault then.

Could Moyes have helped himself by retaining some members of Ferguson’s backroom staff.

“Maybe David felt that at such a massive club he had to be sure that all corners were covered in terms of his support system,” he continues. “I felt that network was already there, with plenty of great people already in important slots.”

So, there we have it. There are a number of people responsible for United’s collapse, but none, according to Ferguson, are due to the man who managed the club for the previous 27 years, and who handpicked his successor.

Moyes himself, once described the occasion he found out he was going to be the next Manchester United manager.

Moyes: “I said ‘When?’, because he was never retiring and he said ‘next week’. “And his next words were ‘you’re the next Manchester United manager’.

“So I didn’t get the chance to say yes or no. I was told that I was the next Manchester United manager and that was enough.

Someone is being economical with the truth.