The Brazilian senate has finally approved a bill giving FIFA the guarantees it needed to organize the 2014 World Cup.

The approval came just a day after the Brazilian government met with FIFA officials in Switzerland to discuss the country’s preparations and resolve their differences.

Not everyone is happy with the bill’s passage. Alcohol sales in sports arenas have been banned in Brazil since 2003, and some lawmakers said that its renewed availability posed a public safety risk.

“Like the majority of the population, I was against allowing (the sale of alcohol inside stadiums),” Sen. Ana Amelia said. “We are just ratifying what was done by the executive branch.”

The alcohol sales inside stadiums will only be permitted during the World Cup and the Confederations Cup. The ban was originally introduced to combat the growing football-related violence that was sweeping the country. Some fear its reintroduction, even temporarily, is tempting fate.

“It’s dangerous,” warned Senator Jose Agripino Maia from the opposition DEM party.  ”Just imagine a Brazil-Argentina final – imagine that with alcohol sales, the violence that could be unleashed and the embarrassment that we would endure.”

Time for a change

Argentina has moved to simplify its league structure by replacing the current Apertura and Clausura system that has produced two separate champions per season for the past 21 years.

In its place the season will continue to be divided in two with the “Inicial” and “Final” but the two winners will meet in a grand final to determine the league champions.

The last time there was a single champion was when a young Marcelo Bielsa’s Newell’s Old Boys won the title, the third of the Rosario-based club’s five, in 1990-91 in a two-legged final against Boca Juniors. Since then several clubs have made hay while the sun shone. River Plate for example increased their record number of titles by 12 to 33 for example, while arch-rivals Boca Juniors are  up by eight to 24.

The governing body also announced the end of the promocion play-offs to decide relegation. Relegation will still be determined by the average points system, with the three lowest sides automatically dropping to the B Nacional.

“I thought I’d be a soccer player but my mother said I should be a hairdresser, and, as often happens, the mother got her way. But football was my first love – I was with ladies all day in the salon so I needed Chelsea. It was the psychiatrist’s couch where I let it all out!”

Chelsea fan Vidal Sassoon, who died on Wednesday at the age of 84, explains why football was always his first love. 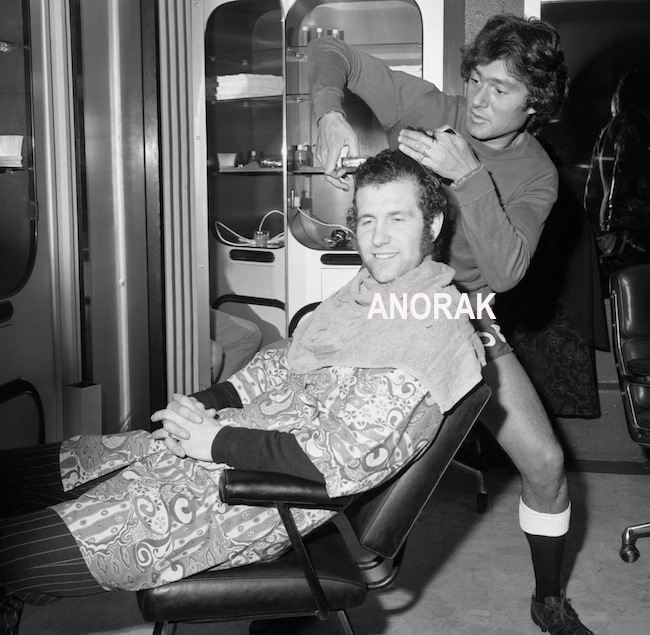 On this day 25 years ago, Napoli celebrated their first ever title success.

A draw against Fiorentina enabled them to become the first mainland Southern Italian success to win the scudetto and in the process offered their talisman, Diego Maradona, an iconic status that the Argentine is still struggling to come to terms with.

Today, with the benefit of hindsight, we know that Maradona had already begun the long, painful descent into a drug dependency that would almost claim his life, but at the time, this moment seemed to be one of those unlikely, yet extraordinary narratives that only sport can throw up.

FIFA have celebrated the Silver Jubilee of Napoli’s greatest day here, and below you can watch video footage of what it meant to the club and the citizens of Naples.

Seventeen goals last season, twelve this, Atletico Madrid’s Falcao has been the undoubted star of successive Europa League campaigns. The Colombian scored twice in last night’s 3-0 victory over Athletic Bilbao, the first of which was a wonderful solo effort.

Own goal of the day

Today’s ‘how could he’ moment comes from Deivis Barone’s who scored a ludicrous injury time own goal for Atletico Tucuman against Racing Club.

There’s a remarkable series of images of the ageless Javier Zanetti doing the rounds at the moment. Taken from a set of Panini stickers charting his 17-year spell at Inter, the sequence shows the 38-year-old Argentine defender having barely aged at all.

This sequence, somewhat remarkably, is in chronological order.

Three supporters of Italian club Bari have been arrested for allegedly threatening the team’s players to lose matches in order to bet on the result, judicial sources said.

Roberto Sblendorio, Raffaele Lo Iacono and Alberto Savarese, the leaders of three supporters groups, are accused of having threatened the players to lose three matches – Bari-Sampdoria, Bari-Cesena and Bari-Chievo Verona – in Serie A during the 2010-11 season in order to win large sums of money on bets. With fans like that…

Police appear to have ruled out connections between the arrested fans and local and international criminal organisations involved in match-fixing and illegal betting.

All of which makes one wonder: was their anyone in Bari not involved in fixing football matches?

Turkey’s Fenerbahce-supporting prime minister has defended a decision by the country’s football federation to clear his club and 15 others of all charges of involvement in an alleged match-fixing scandal.

Recep Tayyip Erdogan, who is a member of Fenerbahce’s general assembly, said that the federation’s decision earlier this week to punish some players and officials but none of the clubs, was appropriate.

There has been dismay in some quarters that all the clubs charged will not face any additional sanctions amid allegations of wrongdoing, but Erdogan claimed that this would be unfair on the innocent fans.

“Real persons must be punished and not legal entities because if you punish a legal entity, you also punish millions of fans who set their hearts on them,” Erdogan told reporters.

Meanwhile, Fenerbahce president Aziz Yildirim, whose club was barred from this season’s Champions League as a result of the investigation, languishes in prison.

It remains to be seen whether UEFA, which has demanded the Turkish authorities clear up their mess, will be satisfied by themeasures taken thus far. Not everyone is convinced that they will be.

“As a Turk, I’m very ashamed to say this, but only UEFA can clear us,” Yusuf Reha Alp, a member of the federation’s disciplinary body told Kanalturk television on Monday night. “Turkish football’s future is very dark.”

On the same day that riot police in Madrid were deployed to deal with Atletico Madrid supporters celebrating their Europa League success, there were ugly scenes at the end of the Russian Cup final when hundreds of Dynamo Moscow fans, whose side went down 1-0 to Rubin Kazan, invaded the pitch at the end of the game.

The match was played in Yekaterinburg, the Ural city bidding to host matches at the 2018 World Cup in Russia.

According to local media reports, there was also a scuffle between Dynamo’s Australian midfielder Luke Wilkshire and two Rubin players, Finland midfielder Eremenko and Spanish defender Sezar Navas, in the tunnel after the game.

Here’s the footage from the final showing TV presenters trying to maintain their composure while all around them, hundreds of supporters race across the pitch.