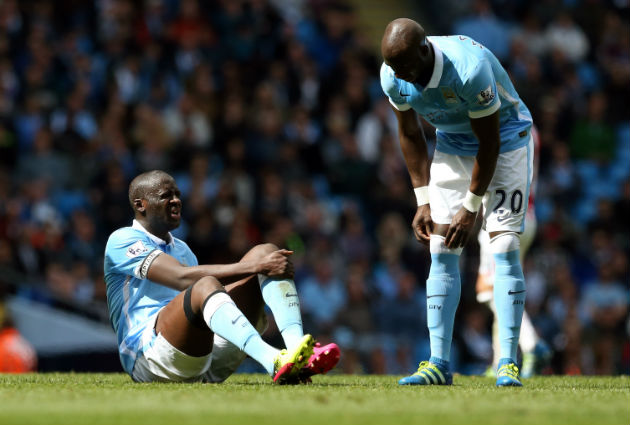 Yaya Toure will miss tonight’s Champions League tie after he picked up a muscular injury against Stoke City at the weekend.

He said: “Yaya is going to be out, I think. He has not recovered from the muscle injury.”

Pellegrini added that he did not think Toure would be available for City’s Premier League tie at the weekend against Southampton. City are still vying for a place in next season’s Champions League.

He said: “I don’t think he will be fit for Sunday (at Southampton), we will see how he improves during the week.”

However the City manager has full faith in Brazilian duo Fernando and Fernandinho to anchor the midfield and stop Real Madrid’s arsenal.

Pellegrini said: “The two Brazilian lads have played well when they have played together, and in Europe as well; for example against PSG (in the quarter-finals). I’m very confident in what they can provide.”