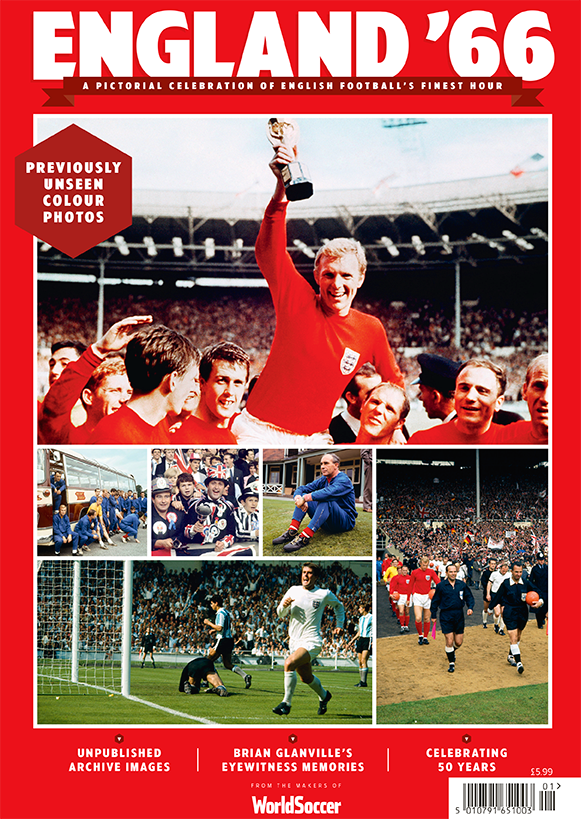 In this book we have tried to bring to life, through some fantastic photography – much of it in colour – the three weeks in July 1966 that enthralled the nation. Not just the action itself but some unforgettable snapshots of England at the moment of its greatest sporting triumph.

Featuring many photos that have never been seen before, including the collection of Gerry Cranham, who was shooting in colour long before his contemporaries. He captures not only the action on the field, but also the ambience of the day, as well as the moment when the final whistle blew, England’s bench rejoiced and Bobby Moore led his team up the 39 steps to receive the Jules Rimet trophy from the Queen.

England ’66 costs just £5.99 and is available from all good newsagents from Friday May 6.