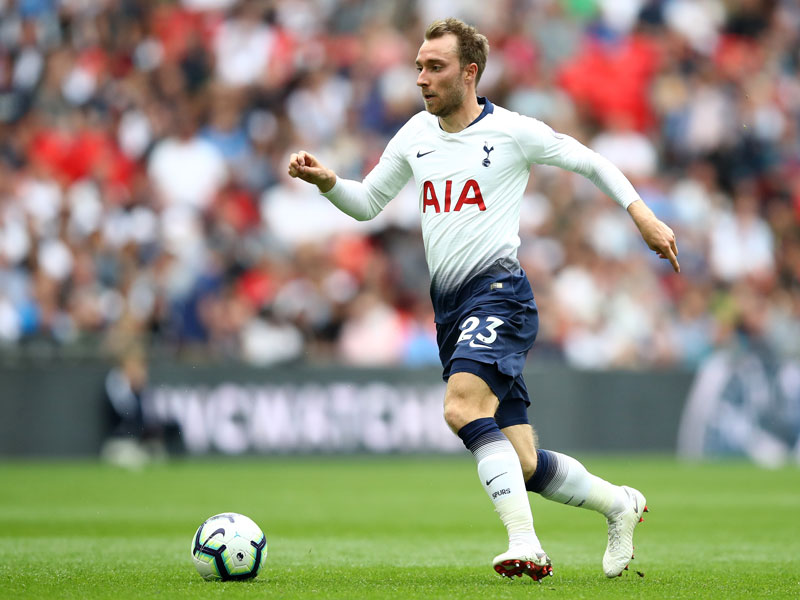 Welcome to our dedicated page for Christian Eriksen, the Danish star of Tottenham Hotspur‘s side. Check out our Talent Scout report written in our May 2010 issue.

Eriksen has had a slow start to his season personally but his Tottenham side has won two games from two.

Eriksen will be Denmark’s best player in Russia and he guided them to qualify for the tournament in the first place. Can he continue his sublime form?

Against Peru, Eriksen plays a lovely through ball to Poulson who scores to get the win for 13.

Then in the next game against Australia, Eriksen scored a stunning half volley to put his side 1-0 up.

Unfortunately Denmark were eliminated by Croatia in the Round of 16.

There hasn’t been such hype about a young footballer in Denmark since the emergence of Michael Laudrup nearly 30 years ago. But even though the down-to-earth Danes aren’t people who become easily over-excited, Christian Eriksen has got them rather worked up.

He made his international debut a few weeks after turning 18, just like Laudrup, and the whole nation, it seems, wants the kid to be taken to the World Cup. Why wait four years, they say, to put such a wonderful talent on the big stage?

National coach Morten Olsen is biding his time on the decision, but he has no doubt about the potential of Eriksen, saying: “We have known about his talent for many years as a junior and it is very encouraging to see him develop. I wouldn’t have picked him for an international against Austria if it wasn’t right for him.” 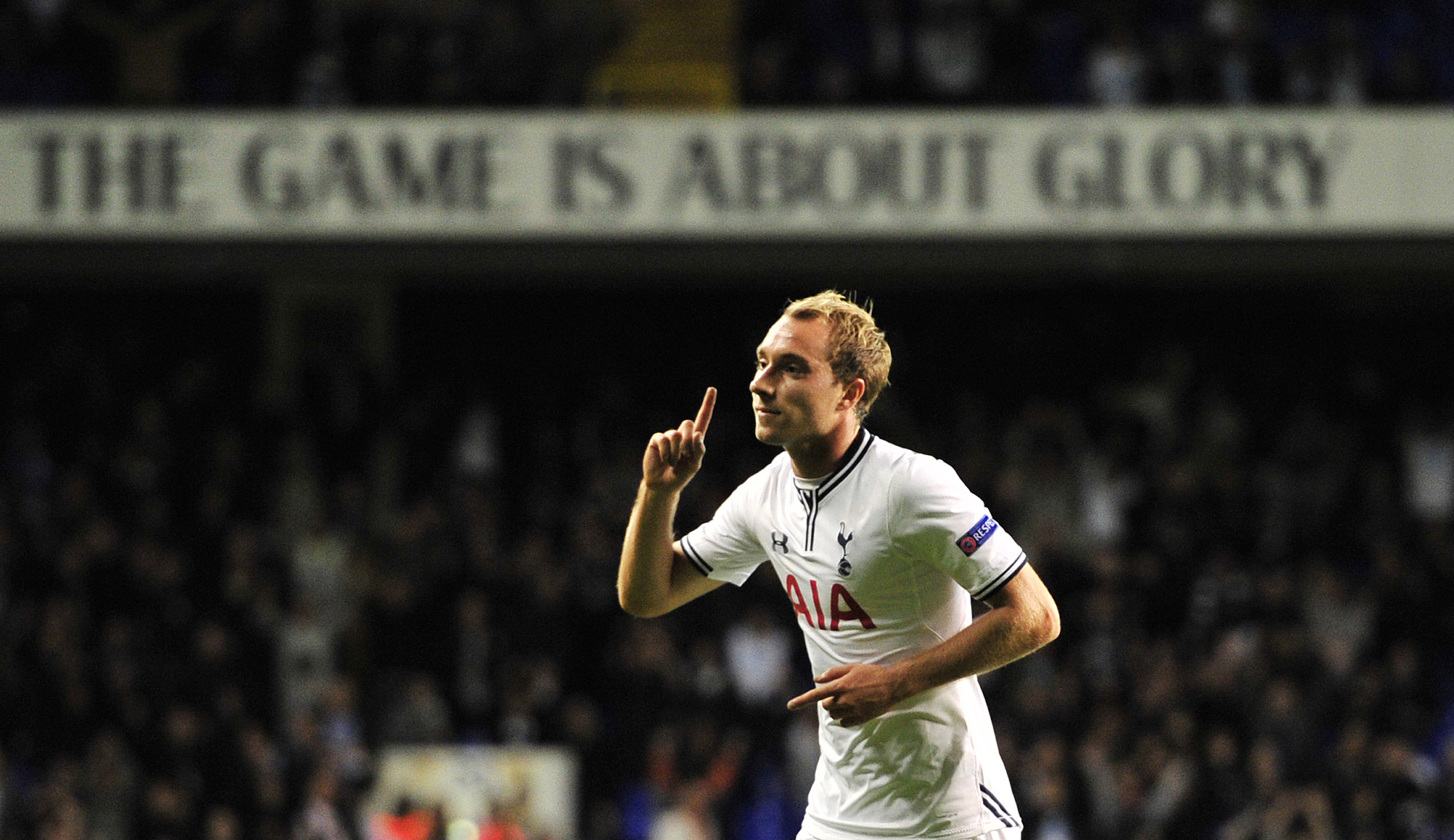 Pass Master: One of the strongest parts of his game is his passing (Getty Images)

What excites the fans and the pundits – and the biggest clubs in Europe – so much is that Eriksen appears to be a genuinely high-class playmaker. He is only 5ft 9in, but then playmakers are often slight figures on the field.

A measure of his swift progress at Ajax – he only made his full league debut in January – is that Barcelona, Arsenal, Chelsea and Manchester United are already trying to tempt him to join them. For the moment, he is resisting; he says he prefers the chance to develop in the Dutch league, as Danes like Soren Lerby and Frank Arnesen did years ago.

Eriksen began as a small boy at local club Middlefart, on the Danish island of Funen, and then moved to the juniors of OB Odense. His class was already evident as he starred in all the national age-group levels for Denmark before joining the Ajax academy.

His passing can be sublime, his temperament excellent and he has started scoring goals for Ajax too. Club boss Martin Jol likens him to Wesley Sneijder in style, but many Danes think he will be superior to the Dutchman. 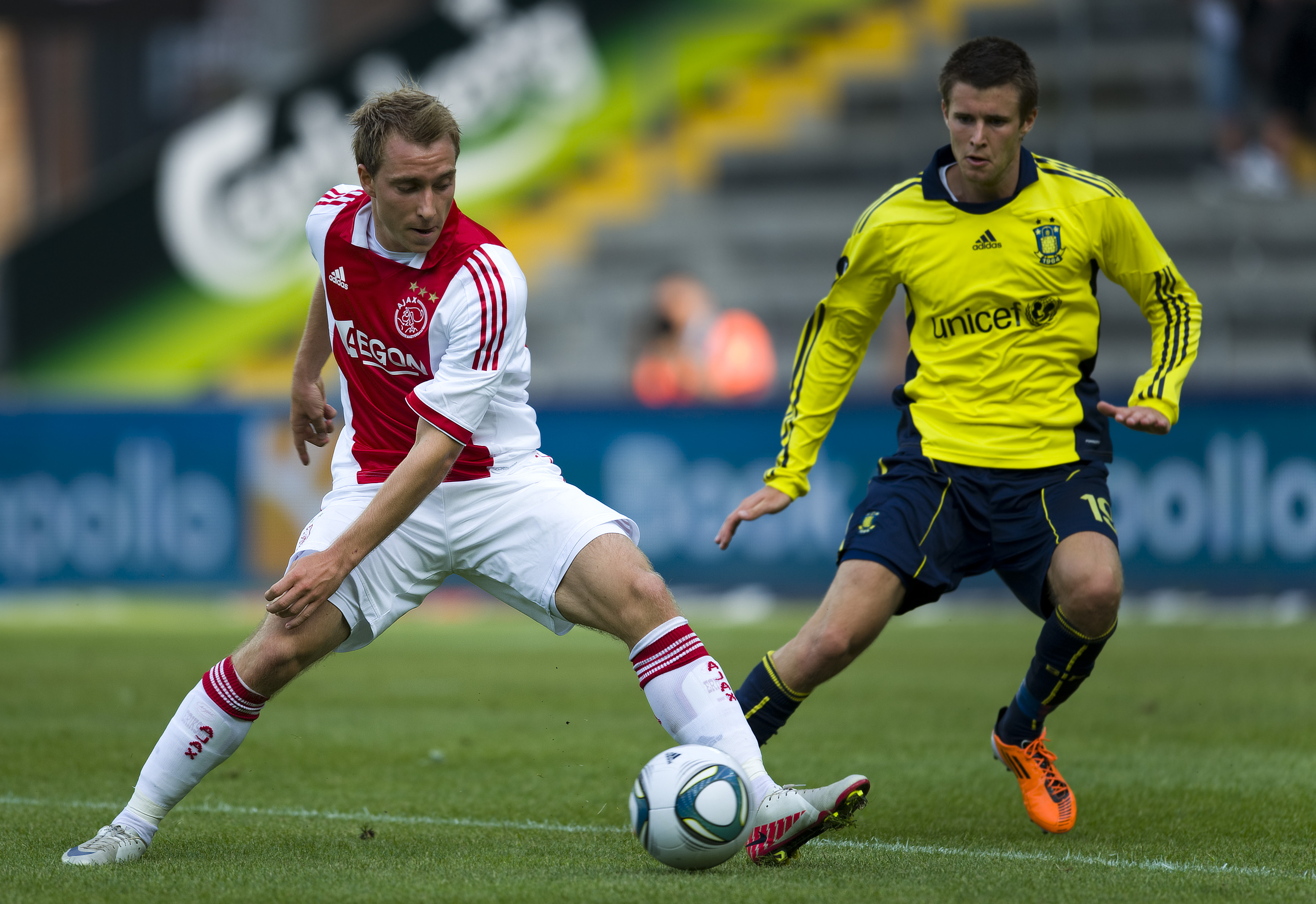 Jan Molby, another Dane who once moved to Ajax as a boy, believes Eriksen could become a world-class player.

“He has everything you need,” says Molby. “Great skill and vision and touch on the ball. He is progressing so well that he could add another 15 per cent to his game by the summer – and, yes, I’d take him to the World Cup finals.”