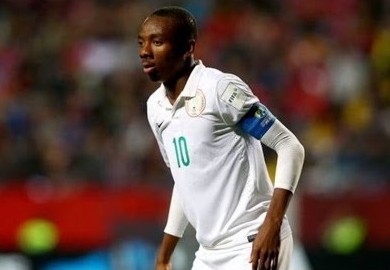 According to The Mirror, Arsene Wenger believes that Arsenal are closing in on the signings of Nigerian wonderkids Kelechi Nwakali and Samuel Chukwueze.

Chukwueze is a promising 16-year-old winger, and central midfielder Nwakali, starred in the recent FIFA Under-17 World Cup and his performances earnt him the competition’s Golden Ball.

Nwakali has a profile similar to Yaya Toure – he is tall, powerful and is dominant in the middle of the park. His brother currently plays for Manchester City – but that was before the FA tightened up their laws about overseas players.

According to The Evening Standard, the difficulty for Arsenal to land the Nigerian duo, is whether they can obtain work permits for the pair under the Football Association’s stricter guidelines. Arsenal have encountered difficulties with the new policy in their efforts to sign Mohamed Elneny.

According to The Evening Standard: “The new guidelines state that players under the age of 21 must have featured in 75 per cent of their country’s international matches in the 12 months prior to an application being made, if that association is ranked inside the top 50 by FIFA. Nigeria’s current ranking is 66 but their aggregate over the past two years puts them at No43.”

In tandem with this guideline – FIFA rules also state that a player outside the European Union must wait until they are 18 years old before joining a club.